Who is Phineas Nigellus Black in Hogwarts Legacy?

Who is Phineas Nigellus Black in Hogwarts Legacy?

The new top dog at Hogwarts 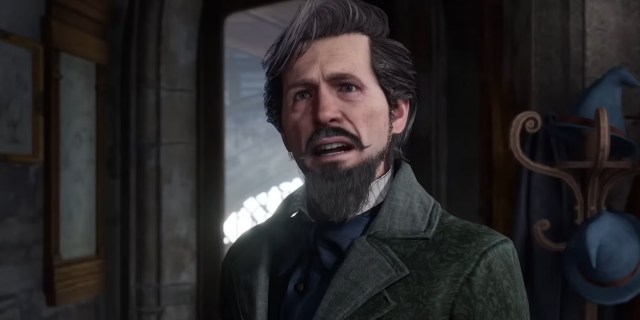 The release of Hogwarts Legacy is just under one month away, and fans of the Wizarding World can hardly hold in their excitement for much longer. The game has skyrocketed to the top of Steam’s charts, becoming the best-selling game of this year without having even hit the shelves yet. Moreover, we have still yet to see much of what the game has to offer; we know especially little about the game’s characters. However, that slightly changed earlier today when it was revealed that the Headmaster in Hogwarts Legacy, Phineas Nigellus Black, will be voiced by an extremely popular actor.

Simon Pegg, most commonly known for his work as Benji in the Mission Impossible movies, has been cast as Headmaster Black. This was revealed by the developers in a short YouTube video that further gives some backstory on Phineas Nigellus Black.

For those unaware, Phineas Nigellus Black is actually not an original character in the upcoming game. He’s featured in the Harry Potter books and movies, but only as a minor background character; most fans will recognize him as a painting from Dumbledore’s office. More knowledgeable fans will also know that he’s Sirius Black’s great-great-grandfather. There is some additional canon regarding Phineas as well, which fans can see in Headmaster Black’s reveal trailer.

However, during the time in which Hogwarts Legacy takes place, Phineas is the headmaster of Hogwarts. Simon Pegg calls him “the most unpopular headmaster in the history of the school.” There is some existing lore behind that statement; Black was widely regarded as arrogant and uptight. Those character traits come to life in Hogwarts Legacy, and fans might not like Headmaster Black after the game is over. Pegg goes on to say that he’s the opposite of Sirius Black and more falls in line with his eventual great-great-grandchildren, Bellatrix Lestrange and Narcissa Malfoy.

It appears that Headmaster Black could be quite the adversary during a player’s time in Hogwarts Legacy. It’s unknown how involved he is with the story at this time, but it’s safe to say players won’t be going to him for help.