Where to place missing person signs for Fortnite's Week 4 challenge

Farmer Steel is missing and, to find him, signs must be placed 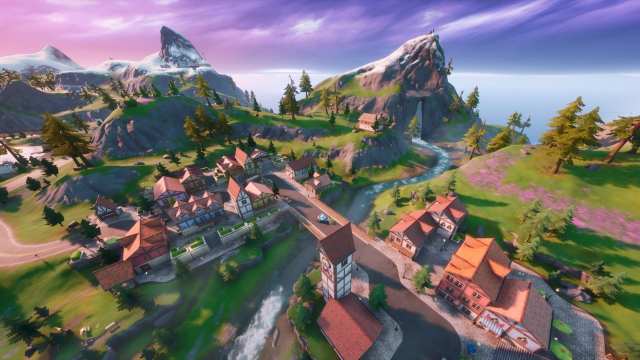 The Week 4 challenges in Fortnite Chapter 2 Season 7 are officially live and players can now grab the huge amount of XP for their Battle Pass. Both the Epic and Legendary Quests are available to be completed, giving players ample opportunity to unlock the crossover skins in Season 7. One speedbump along Fortnite’s path could be a specific Legendary Quest that has players placing missing person signs in Weeping Woods or Misty Meadows.

This challenge isn’t to be confused with the previous task that had players placing welcome signs. In Week 4, Farmer Steel has apparently been abducted by the aliens that players had welcomed to the island the previous week. Epic Games now has players destroying hiding places and visiting Farmer Steel’s favorite places in order to locate him. Although, perhaps the best way to find him is by placing missing person signs.

The challenge dictates that players can choose either Weeping Woods or Misty Meadows in which to place the signs. However, the signs can’t be split between the two POIs. So, once players put down one sign, they need to stick with that location.

The signs are outlined in a transparent blue shape at each of the specific spots. There are five spots in total. Players must walk up to a sign and interact with it. Then, they can continue onto the next spot. This doesn’t need to be done in one match, so players don’t need to worry about dying during the middle of their sign-placing.

Below, the sign spots and their respective POIs are outlined.

Once players have picked their location and placed all five signs, this Week 4 Legendary Quest is complete. Then, 30,000 XP is awarded to the player’s Battle Pass.