Where to find Slakoth in Pokémon Scarlet and Violet

Where to find Slakoth in Pokémon Scarlet and Violet

Slakoth hides in trees, and needs to be knocked out to catch 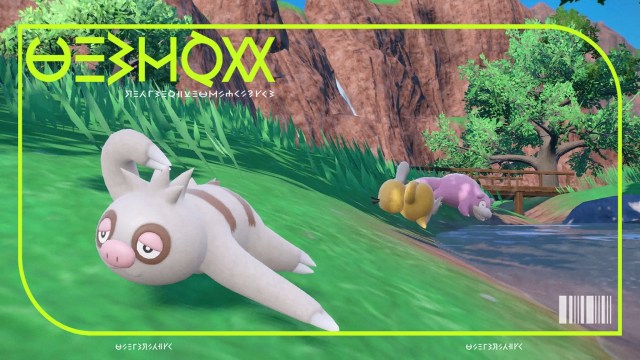 Provided by The Pokémon Company. Slakoth's Pokédex entry in Pokémon Scarlet and Violet.

Out of all the Pokémon in Scarlet and Violet, Slakoth has become a fan-favorite. But in Paldea, Slakoth is frustratingly rare! Despite being found in multiple zones in Paldea, Slakoth needs some requirements to find, all revolving around its sloth-like nature to rest in trees.

To get Slakoth, you need to beat the Stony Cliff Titan

Outside of Tera Raid Battles, finding a Slakoth in the wild in Pokémon Scarlet and Violet is both easy and hard. Slakoth lives in the South Province, in Area One, Two and Five. But, if you were to go to trees across those areas and try and spot Slakot, you won’t find one naturally.

In fact, to get one to appear in Paldea, you need to first defeat the Stony Cliff Titan. Luckily enough, Klawf is the weakest Titan you can face, around level 15. After beating him, either Miraidon or Koraidon will get their Dash ability, allowing you to get around Paldea faster.

You can also Dash into a tree — there is a chance that Pokémon can fall out. This is where Slakoth is in Pokémon Scarlet and Violet, not visible unless knocked out of their trees. It won’t be instant after you hit the tree, but Slakoth can fall out of them.

When you do spot one, it will be pretty obvious thanks to the fact that Slakoth remains asleep even after falling out of a tree. They will wake once the players either walks near or tries to catch them, however.

One more note for catching Slakoth in Pokémon Scarlet and Violet: they have a very low defence naturally. So, while fighting Pokémon with type advantages to get them to low HP and then catching them is a great strategy, it’s a bit risker for Slakoth. Fighting him with types that do regular damage to him is safer, as you can lower him down without the risk of making them faint.