When is the release date for Dead Island 2?

When is the release date for Dead Island 2?

The long-awaited release date is confirmed 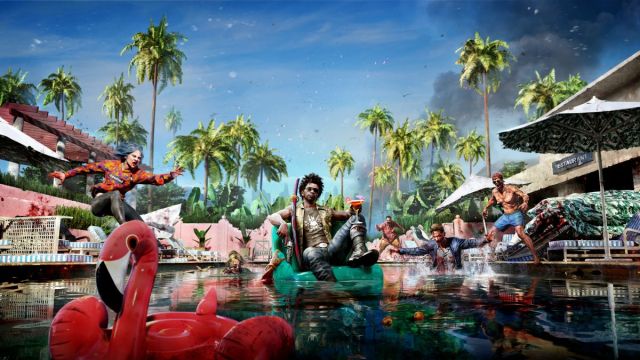 Provided by Deep Silver Dead Island 2 has been in development for over nine years.

After nine years in development and virtually no information coming out of the developers, Dead Island 2 finally has a release date.

At Gamescom Opening Night Live 2022, the tail end of the presentation greeted fans with a long-awaited Dead Island 2 trailer. There were actually two trailers showcased, one strictly for gameplay and one that was more cinematic. Both trailers had something in common, though, and that was including a release date of Feb. 3, 2023 at the end.

Dead Island 2 has been one of those almost-mythical games that fans know is still in development, but they’re never expecting it to come out. Some fans even came out and stated they completely forgot about the sequel to the successful Dead Island because of how long it’s been since the developers originally announced it.

The first Dead Island was released in 2011, with the sequel’s development being announced a couple of years later. Since then, it was virtual radio silence from publisher Deep Silver and developers Dambuster Studios. All that changed today at Gamescom.

Both of the trailers shown off at Gamescom Opening Night Live 2022 were largely impressive. The cinematic trailer, as seen above, was roughly three minutes long and showcased the apparent main character along with some of the environment that players will parade around. Of course, the core focus of both trailers was simple: kill any zombie that’s within sight.

The gameplay trailer demonstrated the numerous ways that players can kill zombies. From grenades to guns to melee weapons — and different variations of all of those weapons — there’s no shortage of ways to take down a zombie in Dead Island 2.

The story and plot of the game weren’t the main focal points for the reveal today. However, if the developers follow in the footsteps of the first Dead Island, the narrative will take a backseat to the sheer enjoyment of simply killing zombies in every way the game has to offer.

With a release date of Feb. 3, 2023, we’ll surely hear more about Dead Island 2 in the months to come leading up to launch.