What we know about Vander, Mylo, Claggor, Deckard, Silco, Singed and more (Spoilers ahead!) 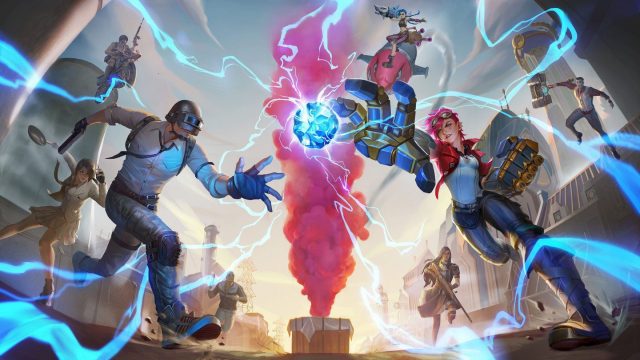 Provided by Riot Games The "Arcane" premiere introduced several of League of Legends' most beloved characters while hinting at many others.

Act 1 of “Arcane” finally became available for viewing Saturday night and the fallout from the show has much of the League of Legends community in a buzz. With so many questions and fan theories abound (When does “Arcane” Act 2 bring Episodes 4-6? Are Singed, Twitch and Dr. Mundo in the series? Are Mylo and Claggor really dead? Could Vander be Warwick?) Upcomer decided to tackle the most burning questions we could find.

Please be aware that the following content is filled with spoilers and lore-based theories for future episodes.

“Arcane” will return to Netflix with Act 2 and Episodes 4, 5 and 6 on Nov. 13. Fans have yet to receive an official release time. For reference, the first Act premiered on both Netflix and Twitch at 10 p.m. ET.

Are Mylo and Claggor really dead?

When Jinx set off the explosions in Silco’s lair at the end of Episode 3, Mylo’s chest was impaled by a pipe in the ensuing fallout. Moments later, the roof above caved in, crushing both Mylo and Claggor beneath the rubble.

Who is the voice actor that plays Mylo?

Speaking of Mylo, one of the more popular reactions to the first three episodes of “Arcane” on Saturday night was that the character’s voice seemed familiar.

That’s because many of the viewers have heard that voice before. The actor that plays Mylo in “Arcane” is Yuri Lowenthal. Lowenthal is an accomplished voice actor with a rich portfolio, including the role of Peter Parker in the 2018 “Spider-Man” game, the lead role in the 2005 Cartoon Network series “Ben 10” and 33 episodes as Sasuke Uchiha in the 2017 anime “Boruto: Naruto Next Generations.”

Lowenthal also has some experience in the MOBA adaptation space. He played eight episodes as Davion in “Dota: Dragon’s Blood.”

The answer is yes. While he has not yet been referred to by name, Silco’s assistant is The Mad Chemist himself. Aside from all of the character’s traits obviously lining up with the League of Legends champion, those that watched the “Arcane” premiere with subtitles on would have already seen the name “Singed” attributed to that character’s dialog.

Singed was a prominent character in the first three episodes. Fans saw him concoct a purple potion for Silco that, when ingested, mutated the subject and gave it super size and super strength. We also saw the explosions set off by Jinx at the end of the episode reach Singed’s lab. The fallout from the explosion shattered much of Singed’s potion stock and a storm of that mutant liquid then engulfed Singed himself.

That sequence may imply that Singed will gain some sort of superpower in future episodes.

Is Twitch in the ‘Arcane’ series?

When Singed first revealed his purple potion in a show-and-tell for Silco, his test subject was a rat. The rodent, which was about to be preyed upon by a much larger sphinx cat, immediately mutated upon ingesting the liquid, grew to a much larger size and tore the cat apart.

Many viewers immediately began speculating if the newly-mutated rat would wind up being revealed as Twitch.

On one hand, the rat in Singed’s laboratory was mutated with purple accents and Twitch has a famously green aesthetic. On the other hand, Twitch in the lore is based out of Zaun, which is where all of this is taking place.

For now, your guess is as good as any.

Are Deckard or Vander Dr. Mundo?

Of course, after the mutation of the rat, Singed immediately moved to human trials. The first subject was Deckard, one of Silco’s young goons that failed at capturing Vi and her buddies earlier in the first episode.

We also saw Vi and Jinx’s adoptive father, Vander, infected by the serum at the end of the third episode. Both characters grew significantly in size and had the purple serum vividly coursing through their veins. This, in theory, would match the physical description of League of Legends champion Dr. Mundo.

While there is one similarity between Mundo’s lore and what we saw of Deckard in the “Arcane” series — both were forsaken and made to transform by their boss — some fans don’t believe either of Deckard or Vander actually are Mundo.

Could Vander be Warwick instead?

Now, this is a lot more interesting than the Dr. Mundo question. So much so, in fact, that Upcomer went over it in a separate article entirely.

We believe that there is enough evidence in both the official League of Legends lore and what we’ve seen in “Arcane” so far that Vander is very likely pre-transformation Warwick. Whether the fully mutated beast will actually make an appearance in the series remains to be seen.

Is Silco the League of Legends champion Jhin?

Was Linkin Park’s Mike Shinoda really at the ‘Arcane’ premiere?

Was Linkin Park co-founder Mike Shinoda at the Arcane premiere? Yes. Did he say all the right things? It depends on which Riot Games title you fancy the most.

Shinoda admitted in an interview at the “Arcane” red carpet event that he is actually more into VALORANT than he is League of Legends.