What loadouts do Atlanta FaZe use in Modern Warfare 2?

What loadouts do Atlanta FaZe use in Modern Warfare 2?

Run the same loadouts as FaZe 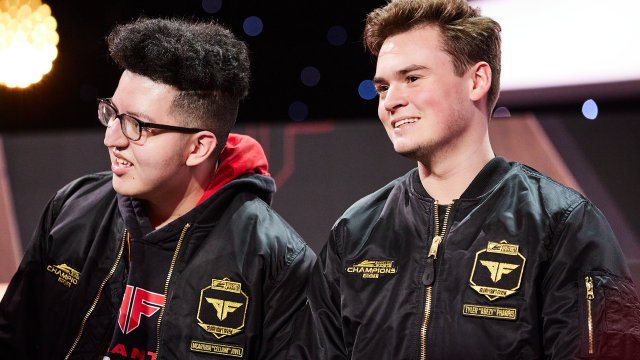 Provided by CDL aBeZy and Cellium remain on Atlanta for the 2022-23 season.

Even though some players might not know it, the weapon meta in Call of Duty multiplayer is largely determined by the professional players every year. Because of how much time the pros spend playing the game, they’re arguably the strongest authority in determining what is good to use and what’s not worth it.

In Modern Warfare 2, the same can be said, especially with how many attachments we have available in the Gunsmith. One team that holds a higher-than-normal authority in Modern Warfare 2 is Atlanta FaZe.

Atlanta is one of the top teams in the Call of Duty League, and fans often look to them to determine what they should run on a specific loadout. While these loadouts mainly apply to competitive play, they can certainly be used to great effect in regular multiplayer as well. For players wondering what guns and attachments Atlanta FaZe runs on their Modern Warfare 2 loadouts, keep reading below.

In total, there are five weapons that Atlanta has used thus far in MW2. That list has been narrowed down to three, though, after pros decided to mainly run the M4 as their assault rifle of choice. Still, we have loadouts for the TAQ-56, STB 556, Vaznev-9K, Kastov-74u, and MCPR 300 for fans to take a look at. The loadouts differ slightly from player to play, though, so we’ll be listing each player’s preferred loadout for the specific guns.

Simp has only run the Vaznev-9K so far, and his loadout for the SMG is the most common among all pros.

We stole @SimpXO 's Vaznev 9k class. Maybe you can be a terror too 😉#EZAF pic.twitter.com/uWE2XdLb3U

We’ll move onto the other half of Atlanta’s SMG duo in aBeZy. aBeZy runs a similar Vaznev-9K loadout, but also has been seen using the Kastov-74u.

The reigning MVP of the CDL is sure to have some killer loadouts, and Cellium has delivered. He has loadouts for the M4, TAQ-56, STB 556, and MCPR 300 so far in MW2.

Finally, we have the newest member of Atlanta FaZe in Modern Warfare 2. SlasheR is a true AR, and has the same loadout for the M4 as Cellium, so we’ll only be including his loadouts for the TAQ-56.

And there you have it, Modern Warfare 2 loadouts for every member of Atlanta FaZe. These loadouts are changing by the day it seems, but for now, these are what FaZe have been running.