What is wrong with the LCS? - Upcomer

What is wrong with the LCS? 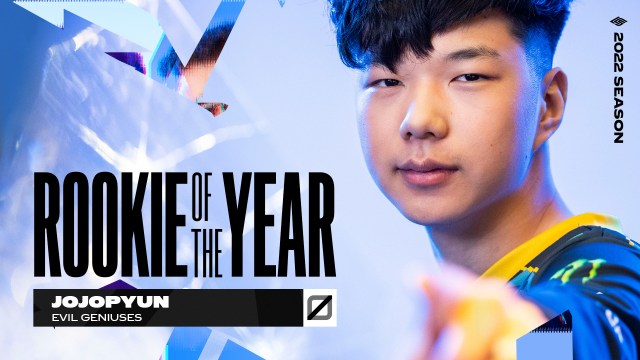 Provided by Riot Games While Rigby was quick to criticize many aspects of the North American LoL ecosystem, he also said the region can be saved by investing into the endemic rookie talent.

On November 12, 2022, Lee “Cloudtemplar” Hyun-woo uploaded a video on his YouTube channel talking about the LCS with Han “Rigby” Earl, former Head Coach of Evil Geniuses, and Nam “Lira” Tae-yoo, former jungler at Team EnvyUs. The video was a part of Cloudtemplar’s talk show where he would invite guests to talk about relevant esports topics.

North America as a region has had the worst performance at Worlds in recent history. Across three representatives – 100 Thieves, Evil Geniuses,  Cloud9 – the region finished the Group Stages Worlds 2022 with a 3-15 record. When we look at the games played against the major regions (South Korea, China, Europe), the record is 2-15. With those two wins coming from playing against European teams, North American teams had a 0% win rate against the Eastern teams at Worlds 2022. To add further insult to injury, the three teams have collectively won as many games as Team Liquid won in Worlds 2020 and 2021.

While the community’s wrath was swift, many criticisms were based on unverifiable information and assumptions that did nothing but add additional fuel to the fire. By inviting Rigby and Lira, who were actively employed in North America, Cloudtemplar wanted to present some credible insights based on the guests’ experiences with the region.

For an hour and thirty-eight minutes, the trio presented their experiences with the North American scene that may contextualize the region’s severe underperformance at Worlds 2022. The conversation yielded many fruitful points mainly due to Rigby’s insightful commentary on the region based on his experiences at Evil Geniuses as their LCS Head Coach.

While there were many topics that were discussed, I summarized three major topics that were addressed throughout the video below with translated lines from the participants with some additional commentary.

The trio first examined the practice environment of North American teams. While there are teams who create schedules that deviate from the norm, the traditional practice of a League of Legends esports team comprises of two major parts: scrims and individual practice through solo queue. When Cloudtemplar asked about the scrim culture in North America, Rigby was quick to provide his criticism.

“The first thing I noticed (about North America) is that teams don’t agree to remakes. Their reasoning is to get to the end of the scrim as fast as possible. For instance, we would invade and the enemy Sylas got four kills and came into lane with an item.” – Rigby

“Korean teams would normally remake those kinds of games.” – Cloudtemplar

“Right? But they’ll get passive-aggressive and we’d be forced to forfeit the game and move onto the next one. There would be days where we end scrims at 2:30 PM because one or two games end up being forfeited in that fashion.” – Rigby

“Remaking” is a process of restarting the game from the beginning that is frequently used in scrims. Teams would remake games when something happens in the early stages of the game that will make the rest of the game unplayable or unproductive for the practice. With some teams not agreeing to do something as important as remakes, Rigby states that he resorted to avoid scheduling scrims against them.

Cloudtemplar was additionally bothered by Rigby’s comment about ending the scrim day at 2:30 PM and the five game block system that North American teams were using, especially the low number of scrim games the players play every day in comparison to the LCK players.

“That’s way too little scrim games. Of course, each LCK team has a different schedule. But there is realistically no team I know in LCK that plays five scrim games per day.” – Cloudtemplar

Of course, a larger quantity of games does not guarantee a higher quality of practice. Rigby, however, further commented that the quality of scrim games against North American teams were also very poor, illustrating a low quantity, low quality scrim culture that yielded mediocre practice. Rigby mentioned Evil Geniuses’ experiences after the Mid Season Invitational as an example.

“We were used to scrimming against great teams at MSI. After MSI, we came back here and the games were so one-sided. We couldn’t get any data on lane match ups because we would win both sides. I was lucky to find one game that was reviewable throughout the entire block.” – Rigby

With the trio concluding that the current scrim culture in North America has many problems, they moved on to the other major part of practice for professional LoL players: solo queue.  With scrim games mostly focusing on team-wide concepts and strategies, players often use solo queue to practice certain champions or concepts that are essential to accomplishing the team’s goal. While most teams prioritize scrim games over solo queue, it is nonetheless a very important tool that many players utilize to improve their individual skills. With this in mind, Cloudtemplar asked Rigby to verify if it is true that many LCS pro players put minimal to no solo queue games.

“I made it mandatory for all of my players. But there are players that don’t play any solo queue. We would try to scout their accounts to see what they have been practicing or see their in-game habits and not find any games played.” – Rigby

In the past, LCS pros would justify their decision to not put in solo queue games by criticizing the poor quality of solo queue in North America. With high ping and prevalence of one-tricks and controversial boosters in the high-ladder, the pros used to insist that it is a waste of their time. Lira seemed to support this idea as well.

“There were certain champions that could not be practiced properly in high ping. Like Riven.” – Lira

The pros’ justification, however, is now outdated with the new introduction of Champions Queue. With the server being located in Los Angeles, the pro players could play with each other and vetted high-level players in Academy and Amateur teams. Champions Queue effectively removed two major complaints that the North American pros had about the solo queue ladder. Despite this, Rigby stated that certain LCS players still refused to use Champions Queue.

“There would be certain LCS players who refuse to use voice comms, or avoid using Champions Queue entirely because they don’t want to underperform in front of their competition.” – Rigby

“Let’s say that you do have one of those 2:30 PM finishes because you had a bad scrim day, then do players try to make up for that lost practice with solo queue?” – Cloudtemplar

“There are definitely players who make that effort. All of my players were passionate about learning so I never had that problem. But I feel hesitant in saying that they are part of the majority.” – Rigby

When the viewers mentioned Cho “Beryl” Gun-hee and his rather notorious low solo queue game numbers, Cloudtemplar was quick to defend the current world champion.

“Please don’t bring up Beryl. Yes, he doesn’t play too much solo queue, but the number of scrim games he played is incomparable to a North American player’s.” – Cloudtemplar

The trio returned to the scrim culture and focused now on team politics. Rigby perfectly summarized the multi-faceted issues that result in political chaos between the management, the coaching staff, and the players.

“It’s standard in Korean teams for coaches to facilitate and lead the review, but there are teams in North America where appointed coaches don’t understand LoL. So there are teams where reviews are led by players and coaches’ opinions have less authority.” – Rigby

“Honestly, coaches always having strong authority is not necessarily a good thing.” – Cloudtemplar

“Right, I think it’s right for the coaches to have no authority if they’re not competent.” – Rigby

Rigby elaborated on the incompetence of many North American coaches later in the video.

“I’d say a little under half of the teams have competent coaches. But some of them also have this problem of their priority being showing off their knowledge rather than teaching their players.” – Rigby

Cloudtemplar quickly spotted the potential problem that can arise from the coaching staff’s low authority.

“In Korea, if a player is rebelling and not doing their job, a coach would confront them and remove them from the team regardless of their pedigree. I heard that in North America, if  a coach confronted a player of high calibre in a similar fashion, the player would rebel and kick the coach out of the team.” – Cloudtemplar

Rigby further reinforced this tendency by pinpointing the core of the problem: the incompetent management.

“The management are often LoL-illiterate so they would hire incompetent coaches and players that can present themselves professionally.” – Rigby

Rigby also shared his personal experience with incompetent management that hindered his work during his stay at Evil Geniuses.

“I would tell my team ‘Don’t worry about winning North America. We need to practice other strategies to do well at Worlds.’ But then the general manager would come in and say ‘Why aren’t you playing champions like Azir that will make sure you win?’ Those times were definitely the most frustrating moments for me while working in Evil Geniuses.” – Rigby

Need of a superteam

After identifying the cyclical issues that are plaguing the region, Cloudtemplar suggested a potential solution to save North America.

“This may be the most realistic, unrealistic solution. But a superteam needs to appear and accomplish great international results.” – Cloudtemplar

While Lira and Cloudtemplar suggested that removing the import restriction could help formulate this superteam, Rigby disagreed with them.

“There are endemic players that are promising rookies. With the management’s support, they could potentially be successful.” – Rigby

The trio hopes that if this superteam succeeds, the rest of the region will follow suit and revive the region’s competitive zeal. Rigby’s faith in the endemic talent of North American players is additionally inspiring with Evil Geniuses finding great success with their endemic rookies Joseph “Jojopyun” Pyun and Kyle “Danny” Sakamaki. Rigby ended the talk with a bittersweet farewell to the region as he enters his mandatory military service.

“I left the seed for them to succeed with. I hope the region finds success soon.” – Rigby

Michael "Miko" Ahn
League of Legends and Overwatch coach and tactician. I will never stop talking about movies and literature.