What is the Tier 1 Playlist in Modern Warfare 2? MW2 New Hardcore mode, explained

What is the Tier 1 Playlist in Modern Warfare 2? MW2 New Hardcore mode, explained

A new name for an old feature 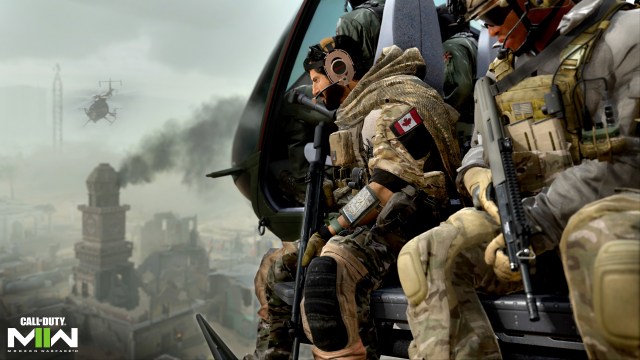 Yesterday, Activision released its annual multiplayer launch blog post. The blog detailed most of the pertinent details for Call of Duty: Modern Warfare 2 that fans can expect on Oct. 28. As a part of this post, Activision detailed the different playlists and modes that fans can play at launch. Among the different playlists, the publishers went over something called a “Tier 1 Playlist,” which seems like something new in Modern Warfare 2.

However, the Tier 1 Playlist is actually a fancy new name for something that’s been a part of Call of Duty for over a decade. In this guide, we’ll break down exactly what players will experience in this specific playlist.

The Tier 1 Playlist in Modern Warfare 2

In the official blog post, Activision states the following regarding the Tier 1 Playlist: “offers a more challenging experience compared to traditional Multiplayer. Operators have less health and limited HUD elements, and friendly fire is on. These elements are consistent in all game modes that support the Tier 1 variant.”

If this sounds familiar to veteran players, it’s because this playlist is essentially Hardcore from previous games. For any new players or those that only dabble in regular playlists, Hardcore, or Tier 1 in this case, is a barebones COD experience. Players begin each match with no mini-map, much lower health, and no HUD to speak of. Friendly fire is also enabled, so teammates can kill each other with a well-placed bullet or killstreak.

Traditionally, there’s been a dedicated player base who strictly plays Hardcore modes. There’s also a crowd of players that use these modes to complete weapon camo challenges because of how fast guns kill. So players can take a weak weapon and use it in Tier 1 to rapidly speed up the camo unlock process.

When players boot up Modern Warfare 2‘s Tier 1 Playlist, they’ll have a variety of game modes to pick from. This will likely include Team Deathmatch, Domination, Free-For-All, Search and Destroy, and more. All of the core 6v6 maps will be available in Tier 1 as well. If you’ve never tried out Hardcore in the past, it might be worth seeing what it’s all about in MW2.