What is the Maximum Lobby Size in Warzone 2?

What is the Maximum Lobby Size in Warzone 2?

The most players possible in a single match 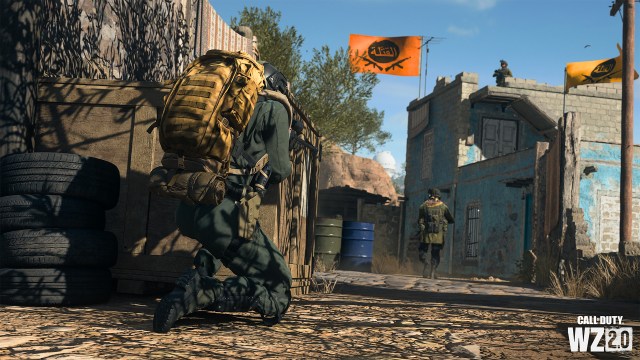 One of the most important aspects of any battle royale title is how many players can be in a single match. This typically varies greatly between most battle royales; Apex Legends holds 60 players, Fortnite 100, and the old Warzone could support up to 140, but this depended on the map. While many players expected Warzone 2 to follow its predecessor’s player count, Activision has changed the maximum lobby size in the new battle royale.

This was likely done due to the size of the new map, Al Mazrah. Compared to Verdansk and Caldera, Al Mazrah is slightly bigger, featuring more open space and denser points of interest. While it doesn’t have the verticality of a map like Verdansk, it features massive amounts of flat space, both on land and water. This can make matches go faster, but only if players reveal themselves out in the open rather than hide throughout the map’s POIs.

As of Season 1, the maximum lobby size for Warzone 2 is 150 players. This is the number that Warzone originally started out with, but it was eventually reduced after new maps were introduced and server issues occurred.

While the lobbies in Warzone 2 will try to get 150 players in each match, this number often does not get met. Whether it’s because of the server or the time it takes to fill up a lobby, players will usually find their lobbies have anywhere from 130-145 players in them. Sometimes, the maximum number of 150 players will be met, but this seems to be a rare occurrence in the early going of Warzone 2.

There have been some calls for this lobby size to increase since Al Mazrah is so large, but Activision will likely stick with the 150 max for the time being. It should be noted, if a smaller, Rebirth-style map gets introduced, the maximum lobby size presumably wouldn’t be 150; it would be reduced to accommodate for the smaller map. However, for now, Al Mazrah is the only playable map in Warzone 2.