What does Limbo do in Marvel Snap?

What does Limbo do in Marvel Snap? 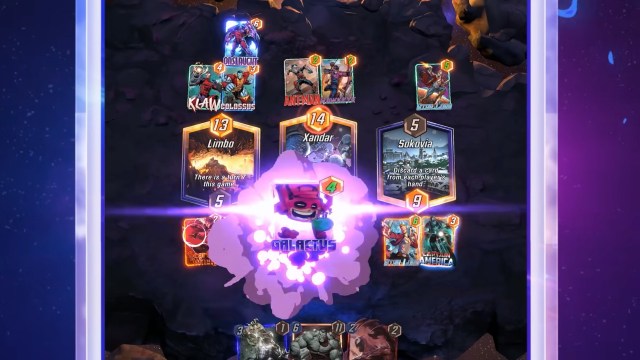 Marvel Snap does an excellent job at keeping replayability through the unique location mechanic in the game. With dozens of different locations, no game feels the same due to the sheer number of possibilities always keeps players on their toes.

While not every location is fun or impactful, the ones that are impactful challenge players to adapt on the fly to ensure victory. One of the coolest locations in the game is Limbo. Here is a quick guide discussing what the location does and how to win the games that it appears in.

Limbo has a simple effect but it’s very powerful as it increases the length of the game to seven turns. In a game that only has six turns in which decks are specifically crafted with that turn limit in mind, making a game an extra turn throws a ton of strategies into chaos.

Most strategies in the Marvel snap play into one very powerful turn-six combo and will aim to use all the cards in their deck to accomplish that task. But when there is a seventh turn in the game, those decks don’t really have extra gas in the tank to make the seventh turn worthwhile while they open the door for the opponent to catch up and potentially steal a game.

There are decks that have multiple late-game win conditions and those decks thrive under Limbo as it is now possible to play more than one powerful six-cost card as they can play one on turn six as usual but then drop the other on turn seven. In fact, some of the best decks run a copy of American Chavez which guarantees a player draws the six-cost card on turn six which means that for the first several turns of the game, they are guaranteed to draw their combo pieces and essentially play with a smaller deck.

But with Limbo, players can actually play American Chavez and still execute their actual win condition too making American Chavez one of the best cards to be playing when the Limbo location shows up.