Esports and motorsport have more in common than you’d think 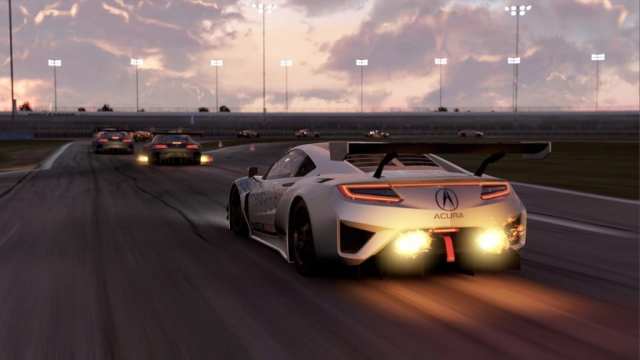 With the rise of esports, lots of parallels are drawn with traditional sports to gain mainstream attention. What about motorsport?

Many people draw comparisons between esports and physical-world sports such as football. However, not many people look at the world of motorsport and how many of the aspects of motorsport are embedded into esports. When you’re starting something new or in a rapidly growing industry, you often need to look outside for inspiration.

Sure, soccer, cricket, and many physical-world sports are useful to look at, but they lack some things esports is geared towards. Physical-world sporting events like these are often short, compared to the full- or multi-day events of esports and motorsport. All the action in real-world sports in a stadium is centred around a single location, drawing all audiences to the one area of focus, i.e., the ball typically. Fan engagement around footy, soccer, and cricket is usually tailored directly around the game. Elements such as halftime kicks and loudest crowd member are key aspects of sporting events.

Soccer, footy, and many physical-world sports are time-constrained. Aside from cricket, which may run over a couple days, most of the sports are a few hours long at the most. There’s a defined outcome after a set time. This brings a few things into play. Firstly, short events don’t call for the crowd to be entertained for long periods of time without action. Therefore, most of the engagement is centred around the game rather than keeping people entertained.

Contrary to this, motorsport–and even bigger events like the Australian Open–run over a longer period of time. The fans therefore need to be engaged. Aside from the occasional face-painting at the footy, there isn’t much else to keep you entertained. Motorsport however contains many activities; you almost don’t know where to start. There are DJs, sim racing cars, experience zones, driver signings, acrobats, you can learn free running, or drive the new Land Rover. There’s so much excitement. Similarly, at the Australian Open, there’s the Garnier tent giving away relaxation hours, plenty of fun things for the kids, and you can chill out in a number of different areas.

Then we look at esports–same thing! Whilst there are video games being played on the main stage, there are so many other things you can do in a variety of spaces. You can jump on a car and go sim racing, fly a drone, build a computer, play games, try out VR, get some freebies, grab your favourite player’s signature, or even hang out in the VIP lounge if you’re lucky. We’re seeing some great crossovers with motorsport (and those longer sports events like the Olympics or the Australian Open), and there’s a lot esports can gain from looking at these as spectacles… and vice versa!

Unlike cricket, footy, soccer, or any of those stadium/ball events, the audience in motorsport or esports doesn’t simply sit around and follow the action of the ball. There’s the player who’s got the most points in a video game, or the driver who’s coming first in the race, but that’s not always where the action is. The real spectacle–and what the audience wants to see–might be at the back of the pack, or fighting for control of a position, or planning a sneak attack.

Sure, in footy or cricket you may pan to another player to talk about something during a pause, but most of the time the players on screen either have the ball, are about to receive the ball, or have just disposed of the ball–the action follows a single focal point.

The changing focal points in motorsport and esports alike are what give them their “spectacles.” Audiences want to see action, and it’s always exciting when you don’t know exactly where that action will take place.

Why is action important?

Action is what makes something worthwhile. By “action,” I mean anything from crashes, to awesome overtakes, to great sneak attacks, to good teamwork. It’s what draws your audience in and grows your audience. If you don’t have action, then you don’t have an audience, because you have nothing to show them. I think there’s a lot esports can learn from the motorsport world with this changing action. In motorsport, as with esports, there’s constant shifting of cameras, angles, styles–from the externals of the car, to on board with the drivers, to team chat, to coaches. Esports currently is still innovating in the broadcasting space, and we could take a leaf from motorsport here.

I mean, how cool would it be to listen in to team chat at key moments, just like what happens in motorsport? Of course, we already have “on-board” cameras with a webcam on each player. But there are other things we can do with in-game broadcasting to build more of a spectacle. With the parallels so clear, there’s a lot each industry can learn from one another.

It’s about the fans

Watching sports is all about the people, in any area of the sporting world, not just esports and motorsport. Your fans are your asset. They dictate your worth in the industry. If you don’t have fans or viewers, you don’t have anything, because what you sell, or what you bring to your corporate partners, is access to your audience.

Keeping your audience excited and engaged is a must if you want to keep those people happy and prevent them from drawing their attention elsewhere. The problem with the influx of media and events in today’s society is, if you’re not engaging your audience in a fun and exciting way, they will simply go elsewhere. They will go to another sporting event, a play, a music festival, or some other place where they will be entertained.

Engaging with your audience

Esports and motorsport tend to do well with engaging in an audience in the offline space. They hold prestigious events that draw a crowd and provide something everyone can do. But what about when it’s only in the online realm? What happens when esports and motorsport are all digital? Do they still do as well?

Arguably, yes! Currently, esports (and this isn’t true of every esport, but overall) does an amazing job of engaging their audience online. Viewers can jump on Twitch and instantly become part of the conversation. They can subscribe to their favourite channels, chat with other viewers and streamers, cheer, send bits, add emojis, and have a lot of fun online. Outside Twitch, however, there isn’t much happening. Sure, there’s Discord, but many of these platforms are very gamer-focused. If esports wants to hit the mainstream market, they’ll need to look at how to leverage traditional social media more than they already are, stuff like Instagram, Twitter, and YouTube–just like motorsport does.

Motorsport does a very good job of engaging their audience in an online sense. The majority of racing events, including the Supercars and Formula 1, utilise Twitter extremely well during races. You can find all the updates on who’s in front, what’s happening in the action space, and be part of the conversation too. Typically, Instagram does well at creating fun and engaging content for fans too.

The team probably doing it the best right now is Red Bull Formula 1. Red Bull has awesome reach and engagement due to the nature of its brand, but all their videos and posts are so much fun to watch too. Not everything is about car racing either. It’s often about showing hilarious clips of Danny and Max in a tractor, or out for a BBQ, or racing go karts in a shopping mall. These type of public relations stunts really help to draw your audience interest and show you care about entertaining them as much as about car racing.

Whilst motorsport does very well in this area, there may be some learnings they can take from the esports world. What if motorsport was streamed on Twitch? Would you engage your audience in a unique way? Would you bring new viewers in? Is there a platform where you can involve your fans more than what’s already happening?

Companies are constantly innovating and shifting as people’s perceptions and expectations change. The fan engagement space is in real need of innovation. With more media out there than ever before, you need to understand what you can do to engage your audience in a way that’s fun and unique. I believe there’s a lot esports and motorsport can learn from each other in the space here.

One of the biggest links between esports and motorsport is they both require machines to run. Granted, traditional physical-world sports requires “equipment” to be used–bats, balls, gloves, rackets, etc.–but it becomes very different when the piece of equipment is digital and seemingly has a mind of its own.

The best parallel here is horse racing, or horse sports. It’s an Olympic sport and the riders are considered athletes, but part of their equipment–while it’s controlled by the rider–has a mind and working of its own. Same with esports and motorsport. The player or driver controls the computer/keyboard/mouse/car, but there’s something about the thing they are controlling and it being technology that people seem to think is different.

Yes, cars and computers can be unpredictable. They blow up, they break, they lag, they crash (in both senses), but so do horses. Horses can get spooked, they need to eat, and they can get hurt. Why then is it so different? Why do we not necessarily see drivers and players as athletes who tame these beasts? Does playing computer games or driving cars require the same amount of physical ability as other sports?

Why is all this important?

As a growing global phenomenon, it’s important for esports to see how things have been done in other industries. Similarly, if you start a new business, you compare corresponding companies to see how they do it. All the world’s best entrepreneurs study their competition and analyse businesses to understand how they can build on ideas. Likewise, esports is taking a very innovative approach to its broadcasting and events. Therefore, esports and motorsport can look at one another, learn from one another, and build on one another. The same can be said for many of the globe’s leading businesses. If they all learn from one another, they can each reach the pinnacle of their individual industries.

There are parallels we can draw in all walks of life. As an esports fanatic and a motorsport nut, I decided to focus on these two areas this time around. More on motorsport and esports coming soon from me.