What are the camo challenges in Modern Warfare 2?

What are the camo challenges in Modern Warfare 2? 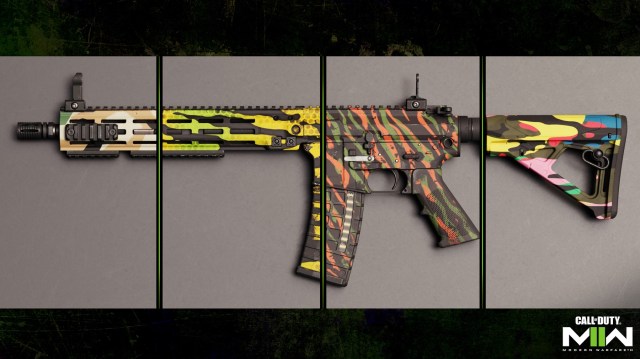 After yesterday’s deep dive into the core multiplayer experience for Call of Duty: Modern Warfare 2, Activision went even deeper into the progression systems for the game earlier today with a new blog. This includes the base progression as well as weapon camo challenges and the Mastery Camos in Modern Warfare 2.

While the core camo system remains the same in MW2, there are a plethora of changes coming to multiplayer this year. This includes a new way of unlocking Mastery Camos, different challenges for each weapon, and more base weapon camos than ever before. 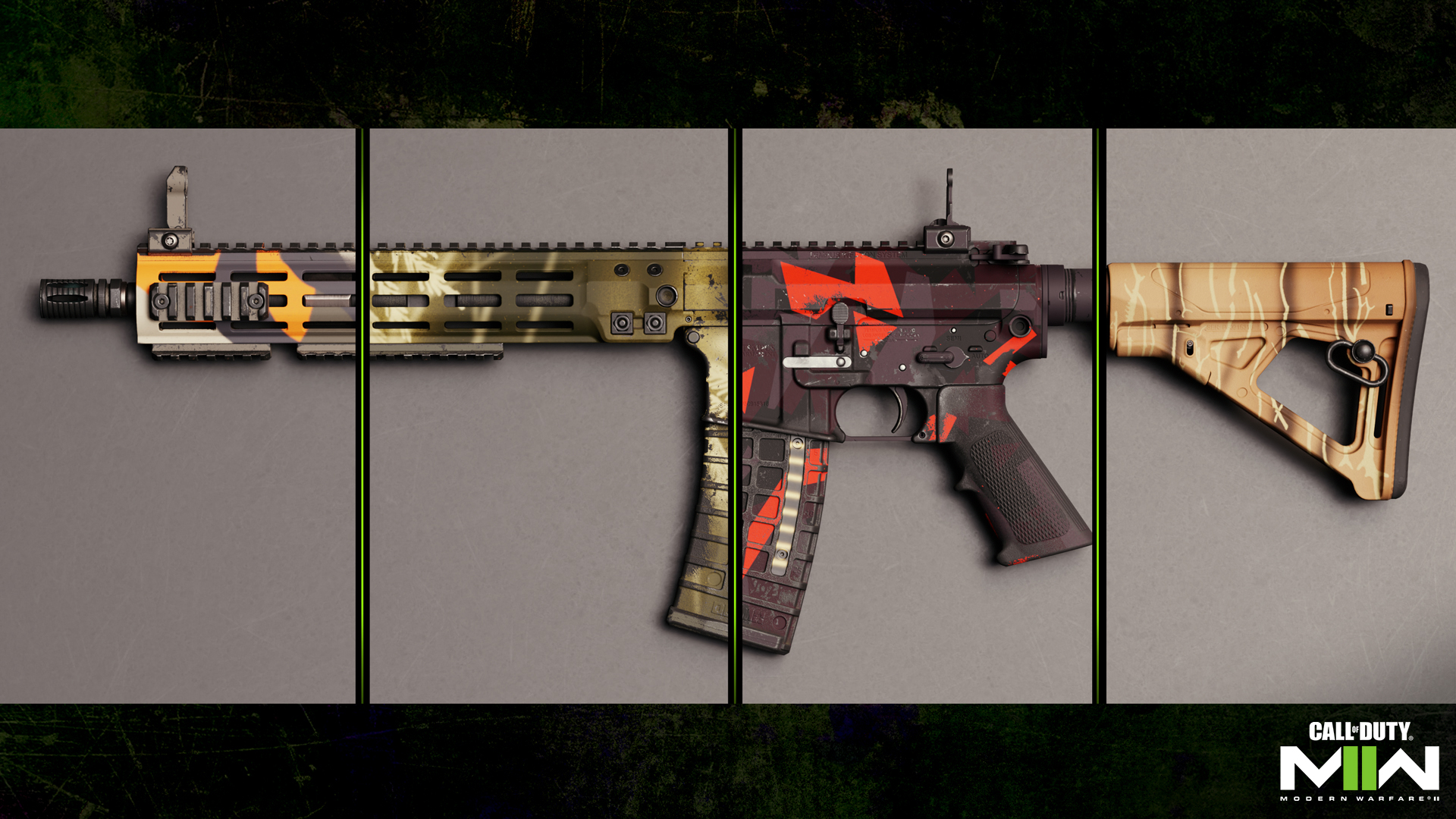 The camo system in MW2 is much more streamlined than ever before. Instead of going through a long slog of unlocking 100+ camos for every single weapon in the game, players can unlock base camos for all of the guns in multiplayer.

Essentially, once players do a challenge for a gun and unlock that specific camo, it becomes unlocked across the Gunsmith.

Activision gave an example for the M4 specifically. Players need to complete four challenges for the M4 to unlock the base camos for the weapon. Once those challenges are complete, Gold Camo will be unlocked for the M4. This is the same for all “gunsmithable weapons” in MW2 while weapons like the Riot Shield only require one challenge to get Gold.

After players have Gold, they can go about unlocking Platinum, which requires Gold Camo on a certain number of guns in each category. This works the same as unlocking Diamond in previous years.

Once Platinum has been achieved, players go about earning Polyatomic. In order to unlock this Mastery Camo, players need to earn Platinum on 51 weapons. They also need to complete a specific Polyatomic challenge to fully earn the camo.

Finally, players can unlock the ultimate Mastery Camo, Orion. This camo is only unlocked after earning Polyatomic camo on 51 weapons. There is no specific challenge associated with earning this camo. After players have unlocked Mastery Camos for a weapon, they can then complete Mastery Camo Challenges. These challenges are different for each gun. Players can complete them to earn specific rewards for their weapon and character.

For example, players need to have Gold Camo equipped on the M4 and get a certain number of kills. If they do, they’ll unlock a calling card and emblem. This is the same for the other three Mastery Camos. If players complete all four Mastery Camo Challenges for a weapon, they will unlock a weapon charm for that specific weapon. 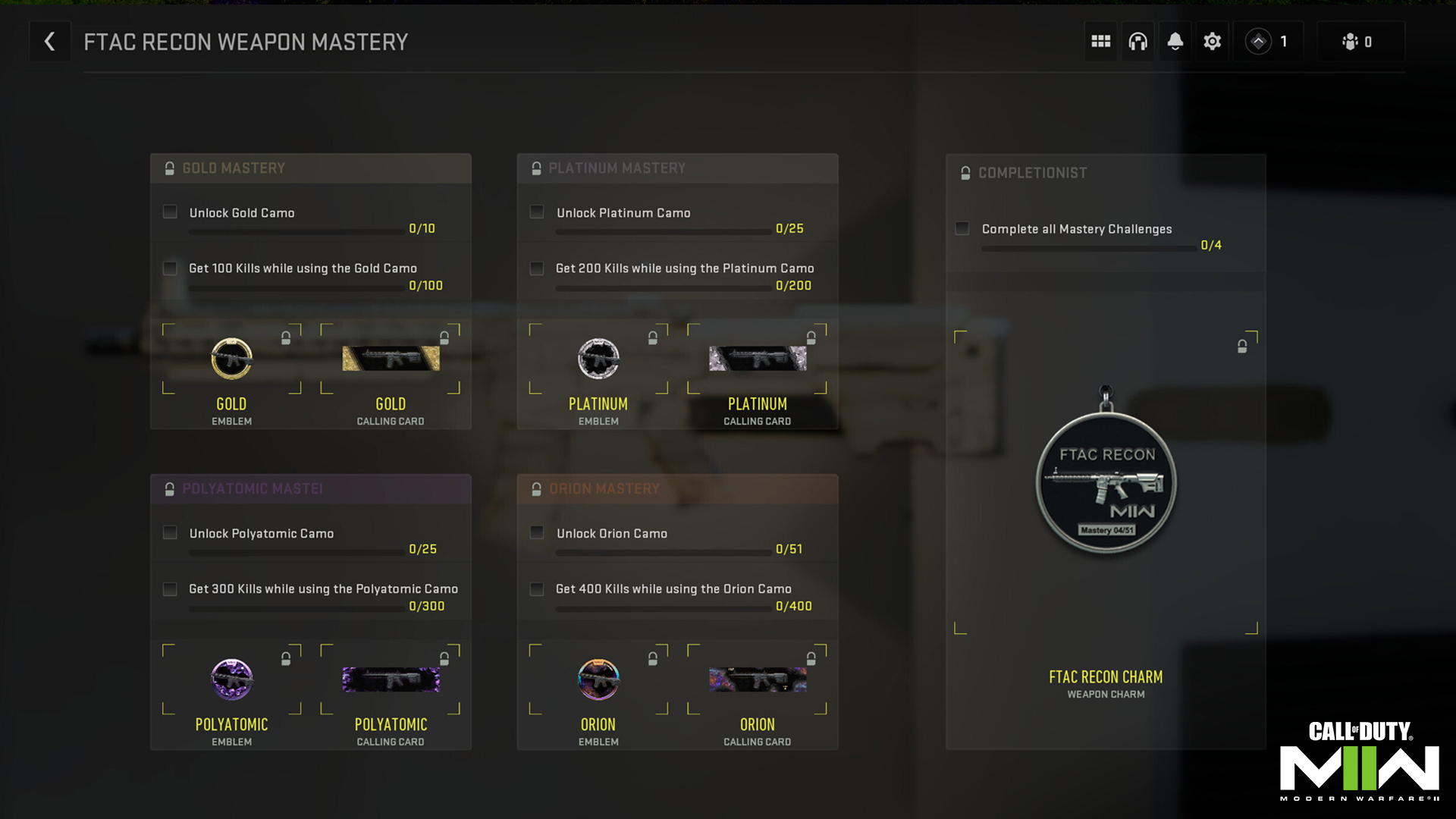 Here’s a look at every single Mastery Camo in Modern Warfare 2. 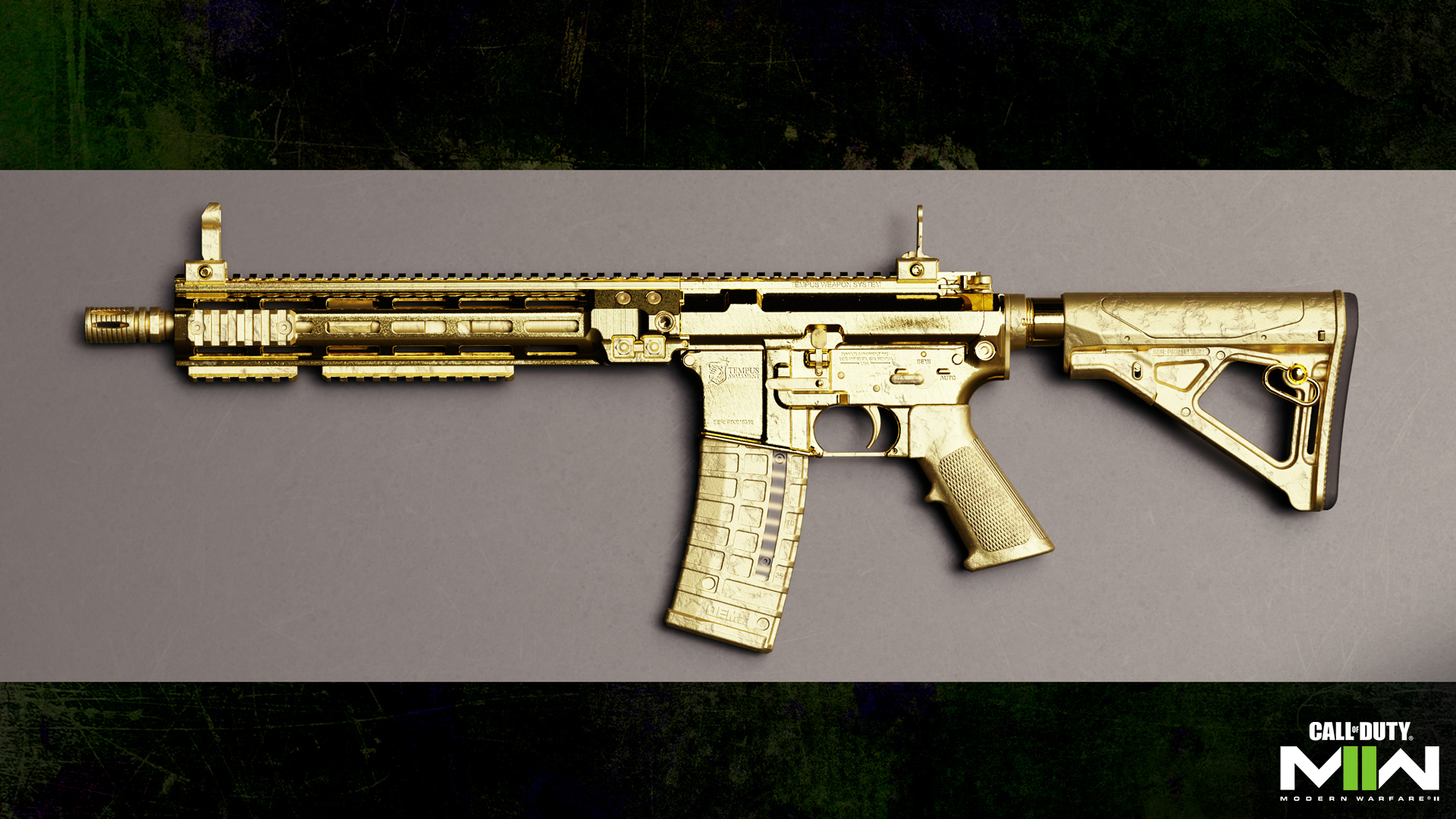 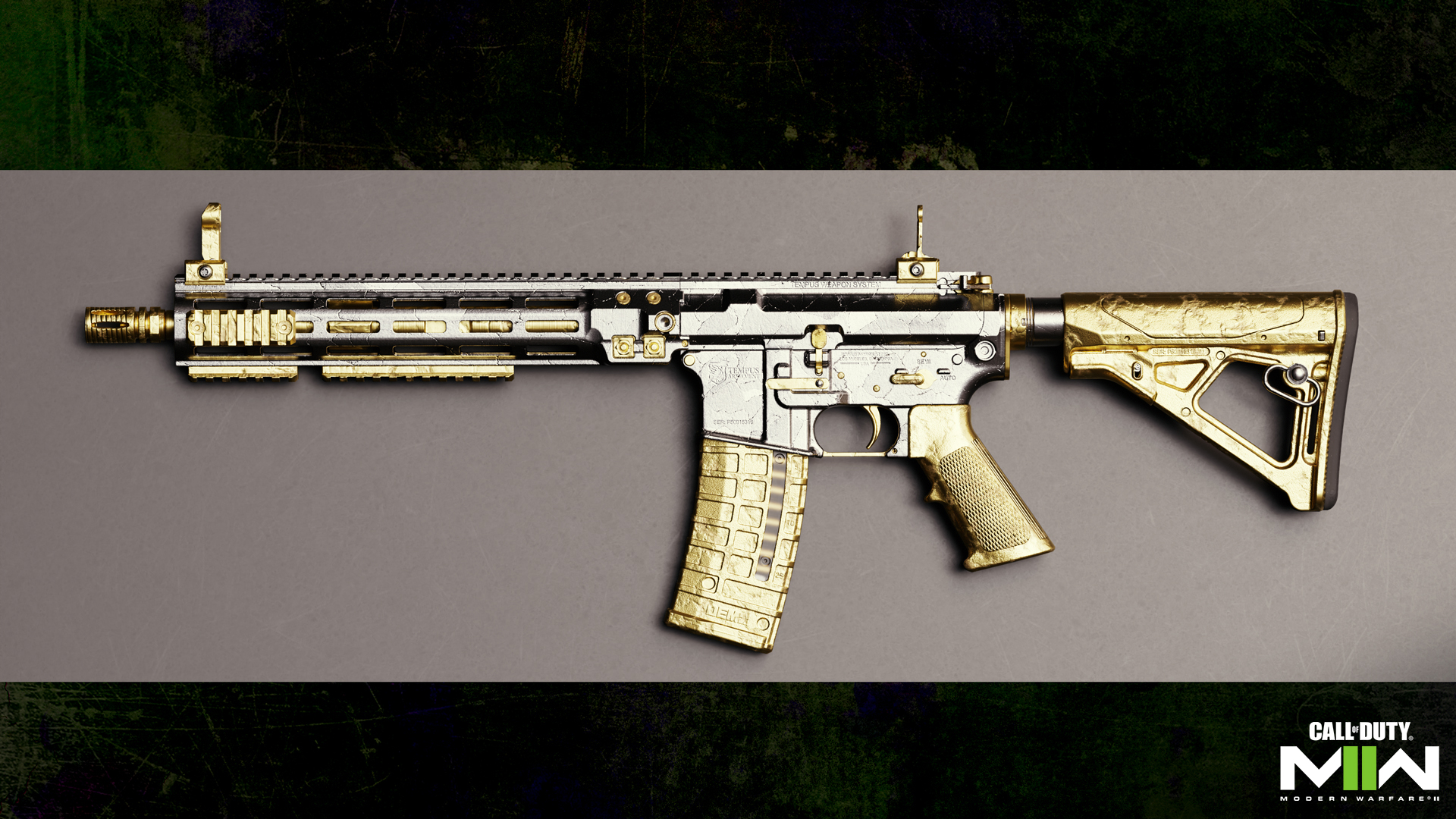 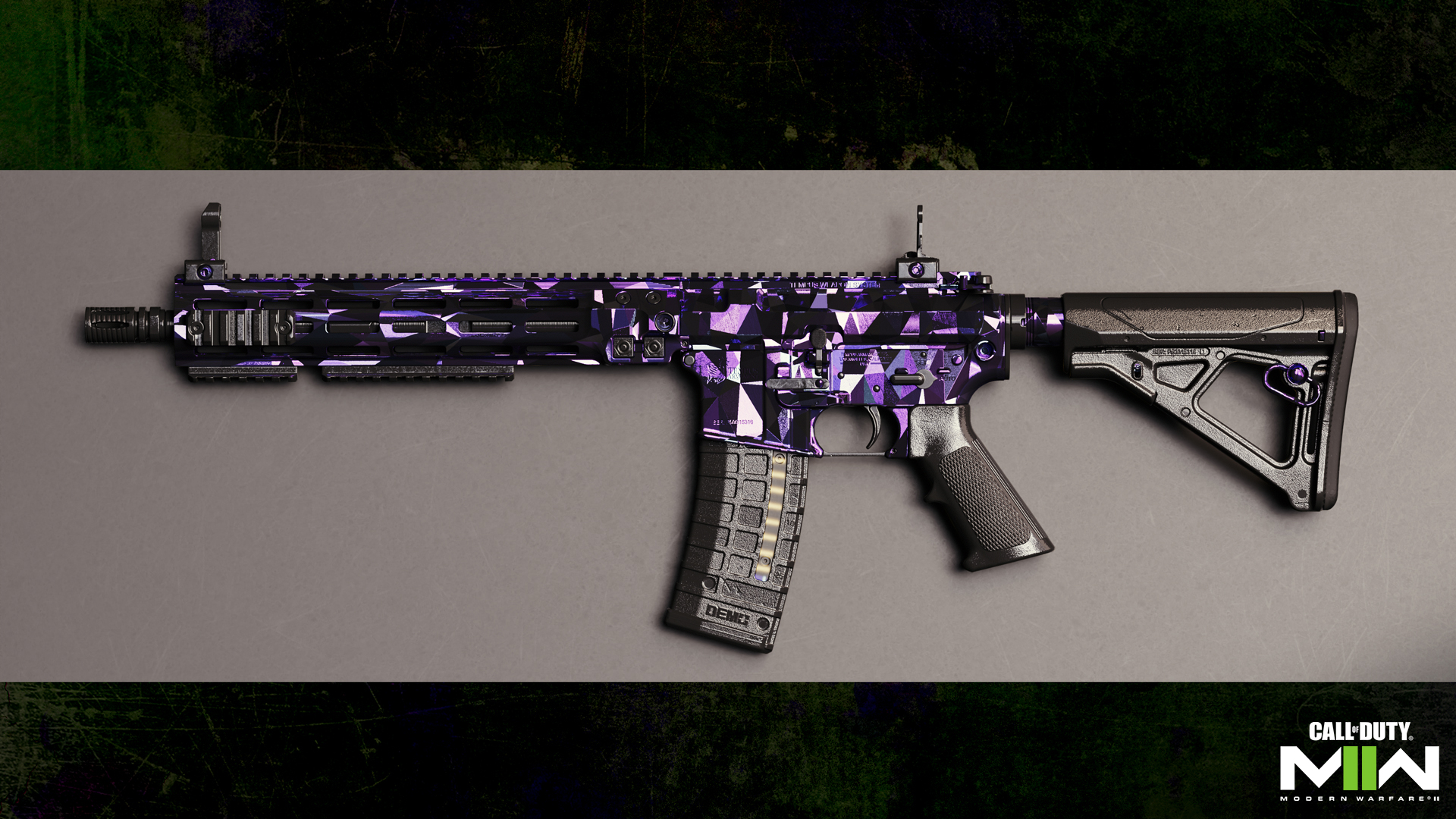 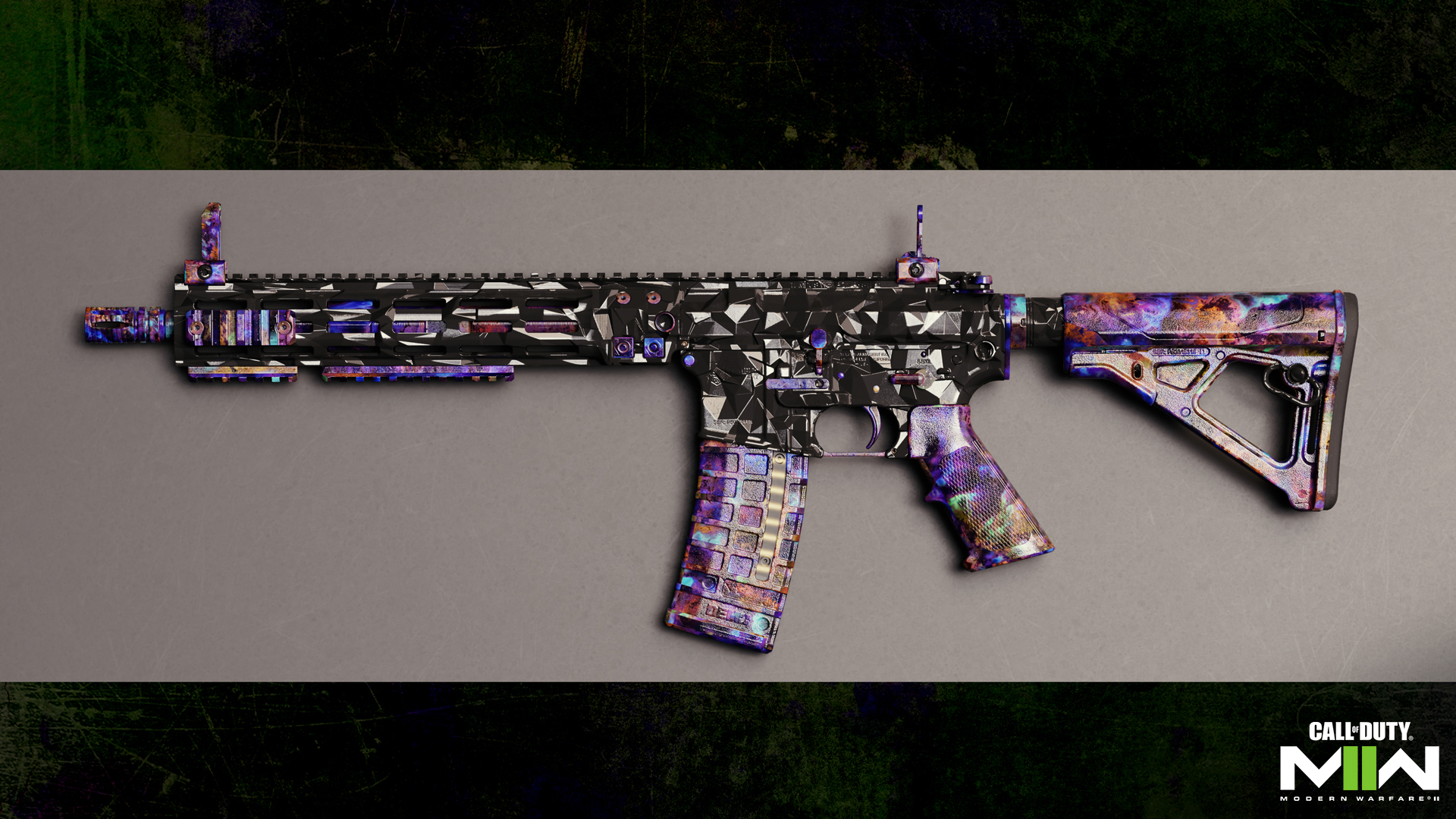 It’s worth noting that the Mastery Camos appear to be mixed with one another in some images. It’s unclear exactly why this is, but we’ll find out more at launch on Oct. 28.