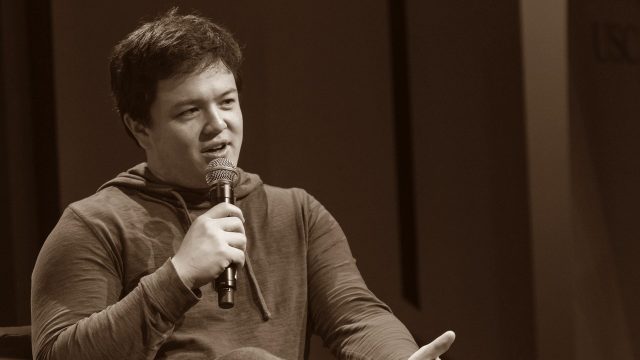 Those who have run a guild in any online game know it’s oftentimes just as much work as it is play. From finding the right people and building a community to committing to long-term goals and leading raids, things are always in flux. At the end of the day, it’s on those leaders to provide direction.

Former World of Warcraft guild leader and Riot Games’ newly-announced Head of Global Esports Operations Whalen Rozelle understands this all too well. And while someone shotcalling a raid like Molten Core back in the day might not be the same as Rozelle paving the way for the future of some of the worlds’ largest competitive gaming titles, his burning passion for games has always fueled his vision for the future of Riot Games esports.

“When I got the chance to join the esports team, I leapt at it because it’s the intersection of my two passions: sports and video games,” Rozelle said.

Rozelle got his start in esports via product management through some connections he’d made online and joined Riot in 2012 as director of esports. Since then, his work on League of Legends esports and in building VALROANT esports from the ground up has been pivotal to the growth and sustainability of both titles, he said. In its first year, the VALORANT Champions Tour raked in more than 137 million total hours watched. The 2021 League of Legends World Championship, meanwhile, broke records, with the last game of the grand final peaking at 4 million viewers across multiple platforms.

As Head of Global Esports Operations, Rozelle will be faced with the new challenge of bringing premier global esports content to fans across multiple titles while navigating the complicated landscape of COVID-19, all under one roof.

On Monday, Riot Games announced Rozelle’s promotion from senior director of global esports to head of global esports operations. He said the position was born from a need to match the pace of Riot’s product growth (creating and launching new games and esports/organized play events) with its ever-increasing global presence.

The main goal with this initiative isn’t necessarily to make every single Riot game as big and grand as League of Legends, but to make sure each title has what it needs to serve its fans in the best way possible. This is especially true in terms of providing access to high-quality content since the esports team at Riot is in a position where they’re constantly competing with themselves to push the best esports product every year. Sometimes that means big, sold-out stadiums and augmented reality concerts at Worlds; sometimes it means intimate, poker-style tournaments for TFT.

“What we’ve built today has really been done almost by this collective group of individuals who aren’t all necessarily the same team,” Rozelle said. “There’s an incredible office in Berlin of talented people who’ve made the LEC. There’s an office in Sao Paulo that made CBLoL, and they’ve done cool stuff around VALORANT and whatnot — and there’s an office in LA. All these offices have been working very hard to serve the players in their region. But what we haven’t had yet at Riot and what we have, for the first time, is that we’re really unifying all those teams together.”

This new, unified Riot esports team will operate under Rozelle’s supervision, tackling titles like League, VALORANT, Teamfight Tactics, Wild Rift and more. His position will be centered around providing high-level management and oversight to regional leagues, as well as helping to flesh the team out with individuals from unique backgrounds.

“We’re building out remote broadcast centers in Dublin and the Pacific Northwest, and somewhere in Asia-Pacific,” said Rozelle. “We’re talking about really having this baseline level of content production that can power, wire, wherever we are on our event, whenever an event happens to be.”

As an example of the need for these capabilities, only a few weeks out from Worlds 2021, the location of the event changed from China to Iceland due to complications caused by the ongoing COVID-19 pandemic. While all players and essential production personnel were on-site, the broadcast was centralized in the League of Legends European Championship studio in Berlin, Germany, then split between a variety of other remote broadcast locations

The new broadcast centers would be the first step in preparing for a future where Riot is hosting multiple events at the same time around the world. However, they’re also part of the esports team’s plan to take their lessons from the Worlds 2021’s pivot and defend against unforeseen changes that could occur in the future. Rozelle said Riot must be selective about where they take risks during the COVID era, and they plan to invest in protecting their creative, experiential plans going forward.

“I think our desire and our hope is to be in a stadium full of fans, but that can’t be taken for granted,” Rozelle said. “So, we almost have to plan a show assuming no fans and making sure it’s awesome. If we do get fans and we are in an arena, that’s like icing.”

What does this mean for fans?

According to Rozelle, who, at the end of the day, views Riot’s esports products as forms of content, these decisions boil down to bringing more content to fans from various games and various parts of the globe.

VALORANT, for example, has allowed Riot to unearth new demographics from parts of the world, like India and Japan, that aren’t necessarily as excited about League. Riot eventually wants to better serve those communities and invest in these places to help give those fans access to content surrounding the games they love.

“Fans should have better access to more content from across the globe at the quality they’ve come to expect from Riot Games,” Rozelle said.

It’s still too early to tell exactly what 2022 might look like for Riot Games esports fans. But given the company’s recent strides in the broader entertainment world with the launch of “Arcane” on Netflix, RiotX, Riot Forge and the upcoming release of the esports mockumentary “Players,” it’s clear Riot has been investing in various ways to make unique content for the different types of people that enjoy its products.

“If we can make more content for fans that they love and at a really high quality, but do it in a way at scale, and across multiple titles, that is what success looks like,” Rozelle said. “ Those would be some of the things that we’re going to be holding ourselves to and measuring ourselves against as we embark on this journey.”