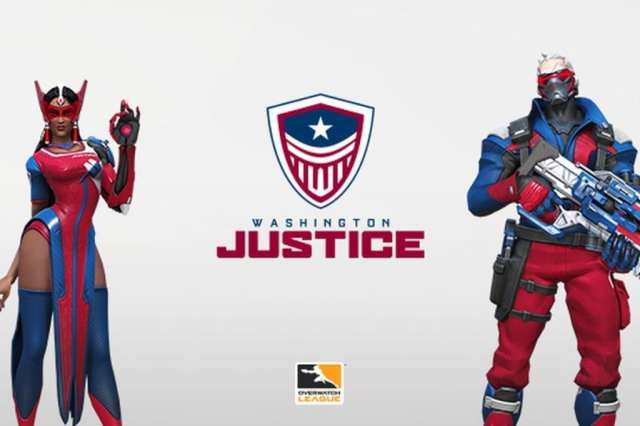 Not going to lie, I messed up and wrote the Atlanta Reign article as if they were the last expansion team. I don’t know why, but I didn’t realize I didn’t write an article about the Washington Justice or the Paris Eternal until the very end of my New York article. That Excelsior article won’t be out until after this one, as well as the Paris one. I will order the rest of the teams in the order of the regular season one standings. Now, onto the Justice article.

The last American expansion team is coloured in the red, white and blue. The aptly named Washington Justice wants to represent the true American colours and values, but how well did they build their team?

Up until February 14th, I’m going to go over each team and what’s changed since the inaugural season. Each team will have it’s own article, going over which players and coaches left, and who has replaced them. After going over the changes and my opinions on them, I’m going to rate them much like I did in my weekly series last season. This rating will be a little more in depth, considering I have more time than a week to look over the teams, especially the new ones.

Let’s go ahead and dive into the Washington Justice roster.

First, let’s focus on the two American players: Corey and Stratus. Corey used to play for multiple different teams in North American Contenders, most recently playing for Gladiators Legion. His results for those teams was mediocre at best, but his teammates have always spoke about him highly. His potential is high, as people think he might be the best Western DPS player after this upcoming season. He mainly plays Widowmaker, Tracer and McCree, more of a hitscan player.

Stratus seems like a good pickup to compliment Corey. He also used to play in North American Contenders, playing for NRG Esports. Stratus played on a better ranked team than Corey, but also had a better team around him. He mains Genji, Pharah and Tracer, being more projectile than Corey’s hitscan. They didn’t play together until now, but I imagine building a good synergy with these two players should be easy.

Lastly is Ado, the only DPS player who used to play in the Overwatch League. He played for the win-less Shanghai Dragons, but was one of the bright spots with his great Genji play. He was known to also play Tracer, but his Genji is where he stood out. It wasn’t enough to win a game, but he always did his best and clearly was one of the best on that Dragons roster. It was even more of a surprise to see him get kicked off, but at least he is getting a second chance with the Justice. The only issue is that he is Korean, and will have to communicate with one of the two other DPS players to truly do well.

The tank players for the Washington Justice are Joon-hwa “Janus” Song and Hyang-ki “SanSam” Kim.

Starting off with the other ex-Overwatch League player: Janus played for one of the best teams in the league, the New York Excelsior. He was the substitute main tank, playing Reinhardt and Winston in a very aggressive, flanking style. He played well when needed, but his play-style didn’t always work with the team’s more passive ideas. I am sure he is good enough to start in this league, but the team needs to play with him to truly succeed. The good thing about Janus is that he is fluent in English, so communicating with his American teammates should be easier than most Korean main tanks.

The off-tank for this team is Korean player SanSam. He comes straight from Korean Contenders, last playing for Meta Athena. That team was pretty mediocre and was unable to reach the Contenders scene in season three, failing to continue in trials. SanSam is known for his D.Va and Zarya, but this is a big risk to take. He did have flashes of brilliance but never helped his team reach a good finish at a respectable level. As long as he works well with fellow Korean Janus, he might play up to that potential.

Gido is the last of the ex-Overwatch League players on this roster, originally playing for the Seoul Dynasty. He didn’t get too much playtime due to ex-teammate Je-hong “ryujehong” Ryu being a better Zenyatta, but was able to flex to Tracer and get some playtime on DPS. He was a good Zenyatta when needed and does deserve a chance to start, but there were better supports to choose from in my opinion.

Hyeonu is a Korean support player who came from low ranked Korean Contenders team World Game Star H2. Before that, he played on Meta Bellum and helped them get to the semi-finals of Season 1, showing some skill. He mainly plays Lucio, but can flex a little. I don’t see him starting though, but he also does have some potential to start in the future.

Lastly is the last American player in the roster, Fahzix. He also came from NRG Esports in North American Contenders, along with teammate Stratus. He also helped them reach a semifinal appearance in Season 2, playing mainly Ana and Zenyatta. I’ve heard him to be more flexible but it hasn’t been shown much in Contenders. That’s the main worry with this support line: possibility of bad flexibility as well as hard communications. If Fahzix starts, he has to work with a Korean support as a duo. I see him as a good signing, but the lineup seems worrying.

The starting lineup for the Washington Justice should be Corey and Stratus on DPS, Janus and SanSam on tank, and Gido and Fahzix on support.

How are the coaches for the Washington Justice though? It wasn’t just Janus that came from New York Excelsior, it was also one of their coaches. Hyeong-seok “WizardHyeong” Kim was one of the assistant coaches on the New York team, trying to use analytics to win games. People think he made New York win a lot with his strategies, but his analytics also led to their worse stage 4 and their bad final playoffs. He might make Washington very good or very poor, we’ll have to wait and see. But how will I rank this team?

Continuing with my rating system, I’m using the classic ‘out of 10’ like I used to in my weekly reviews. Here’s a link if you want to read it, but it’s a bit different now that I’m grading teams based on how their team was built without any (or very little) game experience.

I’m giving this team a 5.5/10. While they do have Overwatch League veterans, only one of them has really proven himself as a winner. The rest of the pickups seem good at best, but mostly mediocre. The biggest problem for me is SanSam, a player with a poor track record and no replacement. Not to mention that WizardHyeong has no prior experience of being a head coach. They might do a little better than I think, but I don’t see this team being in the top 10 at all.