War of the Spark Story Recap | ACT I: Bolas vs. Ravnica

War of the Spark Story Recap | ACT I: Bolas vs. Ravnica 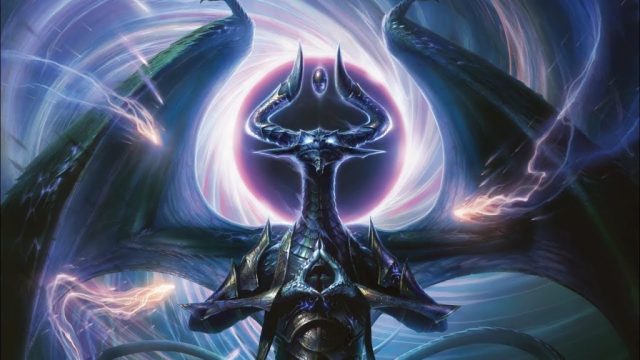 Magic the Gathering’s War of the Spark expansion is one of the most innovative expansions that the game has seen. In addition to a record 37 Planeswalker cards in the set, the story is the culmination of a massive three-year plot featuring Nicol Bolas invading Ravnica. The mission is to claim sparks and ascend to godhood. Wizards of the Coast have carefully planned the release of each spoiler in this cycle to best capture this riveting story. Let’s take a deep dive into the first act of this epic conflict.

War of the Spark’s opening

War of the Spark is set on Ravnica, a City-Plane ruled by ten guilds. Each of these guilds uses a different pairing of one of Magic’s five colors of mana. The guilds have long been rivals and, by infiltrating half of them with Planeswalker leaders loyal to him, Bolas has set the tensions on Ravnica to a boiling point and softened the plane up for his invasion.

The Golgari have been taken over by the Gorgon Vraska. After assassinating Isperia, the previous leader of the Azorius Guild, she has stewed an uprising among the undercity of various races oppressed under Ravnica’s old order.

The Azorius, the White and Blue masters of law magic, have been taken over by Kaladesh’s Dovin Baan. Dovin’s magical ability to see the flaws in any system lets him exploit loopholes to become the guild’s new leader. By enacting emergency powers, he has turned the city into an Orwellian state under constant watch by his Thopters. This means that future seers arrest people before they can even think of committing a crime.

The Gruul, which are savage Red and Green masters of the wild, have been taken over by the young beastmaster Domri Rade. They are rioting in order to bring about the End-Raze, the prophesied return of their Boar-God Ilharg and the devastation of all civilization.

The Orzhov have been taken over by Kaya, the Ghost assassin. Kaya (permanently) killed the Ghost Council that previously ran the guild and then freed the enslaved ghost workers from their debts. By raising taxes on the living to offset this, she has critically devastated the plane’s economy.

Finally, the Red and Blue Izzet civilization of mad scientists is being run by Ral Zarek. He’s been working Project Lightning Bug, a device to track Planeswalkers entering Ravnica. Izzet’s true leader, the vain Draco-genius Niv-Mizzet, has retreated to work on a secret project unknown to all.

The inciting incident in War of the Spark

On Amonkhet, a plane themed around Ancient Egypt, Bolas has taken over. He corrupted the gods of the plane and built its culture around trials. This means that the strongest warriors would train their entire lives for the ultimate reward: death. Their bodies were coated in Lazotep. This mean that they won’t be able to ascend to a blessed afterlife. This is a metal with mystic properties that transformed these warriors into the Dreadhorde, an Eternal Army of zombie super soldiers.

On Kaladesh, a technologically advanced plane of inventors, Bolas had his agent Tezzeret steal a Planar Bridge from its inventor Rashmi. It couldn’t transport living matter but, with a zombie horde, this didn’t really matter. Tezzeret fused the bridge into his body, Planeswalked to Ravnica and open a massive portal, letting Bolas’s Eternal Army invade the city.

This army of Eternals is led by General Liliana, the Necromancer. Bolas allowed Liliana to gain eternal youth by signing a binding magical contract with four demons. Seeking freedom, she joined the Gatewatch, a heroic team of Planeswalkers. With their help, she was able to kill all four of her captor demons. This, however, activated a secret clause that transferred the contract, and control of Liliana, over to Bolas. Liliana is at the head of Bolas’s army and Ravnica is razed.

War of the Spark’s call to adventure

In response to Bolas’s Dreadhorde invasion, Ral Zarek, who in truth was working with Niv-Mizzet all along, betrays Bolas. He modifies Project Lightning Bug into a beacon. This alerts Planeswalkers through the Multiverse of Bolas’s attack.

Once the Planeswalkers arrive to stop the invasion, Bolas springs his trap. On the Plane of Ixalan, he had Vraska capture an artifact known as the Immortal Sun. This sun, formed from the Spark of Azor, the creator of the Guildpact that magically defines Ravnican law, prevents any Planeswalking. Thus, it traps all the Walkers on the plane. Dovin Baan activates it from the Azorius Citadel of New Praha. In an instant, the Walkers who came to save Ravnica are trapped.

With dozens of Walkers trapped in the city, while his super army pours in through the Planar Portal, Bolas has now set the stage for his masterstroke.