War of the Spark Planeswalker leak: Ugin, the Ineffable

War of the Spark Planeswalker leak: Ugin, the Ineffable 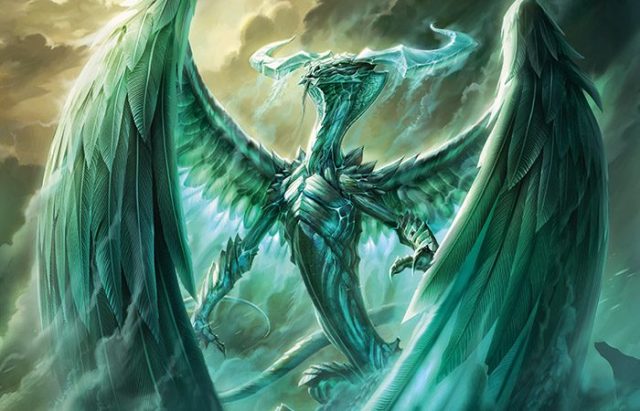 [Update: A previous version of this article translated the leaked card as Ugin, the Unspeakable. The card has now been officially revealed and this article has since been corrected.]

Once again, a leak has beaten the official spoilers for another big card in Magic: The Gathering’s War of the Spark. This time the legendary spirit dragon is back as Ugin, the Ineffable, a new, powerful Planeswalker prepared to take on his brother, the notorious Nicol Bolas!

Ugin, the Unspeakable’s static ability is reminiscent of Eye of Ugin, a card some of you may remember as the terror of standard during the ‘Eldrazi Winter’. While Ugin’s ability reduces the cost of all colorless spells – not just Eldrazi – this has been balanced by stapling it to a 6 mana card.

Ugin’s +1 ability is great as well. It allows you to pressure your opponent and create blockers to protect Ugin. It also allows you to draw a card when the token dies. The effect creates difficult decisions for your opponent. Games are won and lost by a single card sometimes, so if blocking the attacking token means drawing you a card, you may be able to get free attacks for several turns as your opponent struggles to find an answer for the Ugin himself.

The -3 ability is a great repeatable removal, which hits on many relevant targets in standard, such as Niv-Mizzet, Parun, Teferi, Hero of Dominaria, or Vraska, Golgari Queen. It’s very reminiscent of the minus ability on his previous Planeswalker card, Ugin, the Spirit Dragon, although notably not as strong.

In standard, the Gates deck is probably the most interested in Ugin. Gates can ramp into the 6 mana required to cast Ugin easily. The best hands will play Ugin and a Gate Colossus in the same turn, which is a nearly unbeatable play.

For modern, Ugin has more interesting applications. Currently, Eldrazi Tron focuses on getting Eldrazi Temples with their Expedition Maps, but hands that can assemble all 3 Tron lands will power out Ugin on turn 3. This allows for a Matter Reshaper to sneak in on the same turn, and untapping with Ugin lets the Eldrazi player cast multiple low-cost Thought-Knot Seers and/or Reality Smashers at once.

Ugin may also see play in the Sideboard of Colorless Eldrazi Stompy. Cheaper Eldrazi and card advantage are something the deck could use without question. Whether or not he’ll see play remains to be seen.