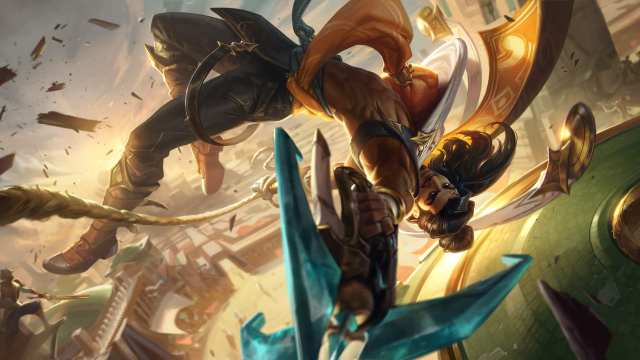 Both Virtus.pro and Janusz “Snax” Pogorzelski have been having a bit of a rough year. However, it seems like they will be reuniting for 2019. According to VPEsports, Virtus.pro is looking to pick up Snax for their new roster.

The rumors would start to circulate after the general manager of Virtus.pro, Roman Dvoryankin, would tweet out an emoji of a boar. Snax’s nickname in Polish is “dzik”, which means boar in English. Snax would then use his Twitter after almost four months of inactivity, tweeting out a bear emoji. Dvoryankin would also respond to this tweet by saying, “I thought you did not use Twitter”. If the rumors are true, this will mark a homecoming for Snax, as Virtus.pro was his home for four years.

Virtus.pro and Snax: A Tumultuous 2018

For parties involved, it would be a rough ride throughout the past year, especially for the former. In fact, Virtus.pro would not win a single major event in 2018. The team would struggle up to the summer, where they would make a big change in their lineup. The team would part ways with Snax in June and would replace him with Piotr “morelz” Taterka. Meanwhile, Snax would move on and join Mousesports’ roster, replacing Martin “STYKO” Styk.

The idea for Mousesports was to bring in a big source of firepower, something that the team was lacking a bit heading into the London Major. On paper, it was looking great for Mousesports, as Snax was one of Virtus.pro’s best players. Unfortunately, that move wouldn’t bring them much success, save for ESL One New York. Snax and company would suffer multiple early exits from big events such as ESL One Cologne, the London Major, and more recently, StarSeries.

Ultimately, simply adding star power to a lineup doesn’t always end well, and Mousesports would learn that the hard way. Some players on the team, including Tomáš “oskar” Šťastný, would speak out on the difficulties in communication after the Snax acquisition. It was a factor that they did not expect to affect the team chemistry so drastically. In the long run, Mousesports would end up bringing STYKO back in their lineup, and Virtus.pro looks to do the same for Snax.

Virtus.pro has just announced that they are halting competitive CSGO activity for the rest of the year. The team looks to start fresh with their roster after the failure that was 2018. Reports say that the team will be focusing on youth, by building around 20-year-old Michał “snatchie” Rudzki. Adding a veteran star presence in Snax should be good in Snatchie’s growth, as well as the growth of the upcoming roster.

Also, assuming that Virtus.pro will remain an all-Polish lineup, the communication issues that were plaguing should be no more. This may be the move that saves Snax’s career, as his trajectory was on a sharp decline after his stint with Mousesports. We will have to wait and hope that a blank slate for both VP and Snax will reinvigorate them to success for next year.

What are your thoughts on Snax possibly rejoining Virtus.pro? Let us know what you think in the comments below! If you want more CSGO coverage, check us out here!