This top European team aims to restructure their roster 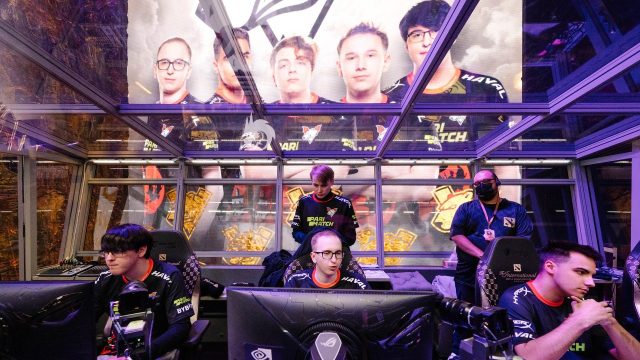 Provided by Valve. Virtus.pro states 'Our team has problems outside of the game as well.'

The young European DOTA 2 team Virtus.pro have announced that they are trying out players for two of their roster spots, primarily their one and four positions. This means that players Egor “Nightfall” Grigorenko and Vitalie “Save-” Melnic will be off of the Virtus.pro roster if these roster changes go through.

The context for the Virtus.pro roster changes

According to the team’s announcement tweet, where the staff set up a meeting about the season,  Virtus.pro shared “the goal was to discuss the results we had achieved and plans for the future.” They have finished well in recent tournaments and leagues.

Of course, The International 10 was not their best performance but still took them to the fifth-sixth spot. They lost a close game to the eventual winners in Team Spirit, a team they played against a lot in Europe. Stretching back before The International, Virtus.pro finished third and second in the 2021 fall and summer tournaments for ESL. Plus, before those finishes, the roster also topped the most recent ESL DPC. Virtus.pro finished that competition with a perfect 7-0 record, including a 2-1 win over The International 10 winners Team Spirit.

According to the above tweet, one of the factors to this announced change is the team’s synergy. Virtus.pro stated “our team has problems outside of the game as well as the contradicting ideas of how we should play,” Considering how the four position of support was pointed at, the captaincy is up in the air for the future of the roster. Save- is currently the four, as well as the team captain. At the same time, the one position of Nightfall is another role the team is trying out for, aiming to improve on their season. As Team Spirit won The International 10, Virtus.pro want to implement changes to lead in the European Dota 2 scene.