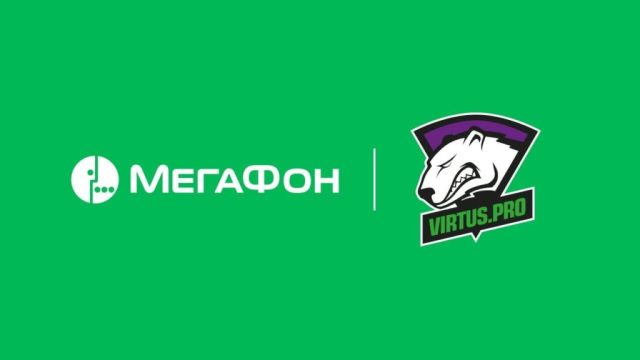 Virtus.pro has unveiled a brand new logo and t-shirt colors. In commemoration of a brand new patron, MegaFon, a Russian telecommunications giant, the team will receive a new purple, green, and white color scheme. It’s quite a drastic color change from the team’s previous orange, white, and black scheme.

Roman Dvoryankin, General Manager of Virtus.pro, gave a long statement accompanying the unveiling. He spoke about the partnership positively, saying that “an alliance with the country’s leading telecom company further empowers the rapid development dynamics.”

The partnership between two giants signifies a groundbreaking deal between esports and a respectable national service and brand. Furthermore, this move signifies the continued growth of esports in Russia.

However, more interesting details from Roman Dvoryankin’s statement appear towards the end. More specifically “in celebration of Virtus.pro’s 15th anniversary, we will reveal the changes to the team’s image starting from 2019 onwards.”

Consequently, the Virtus.pro brand will be undergoing an image rebranding. The new colors are temporary, but we expect to see other changes coming to Virtus.pro, starting 2019.

While Virtus.pro’s DOTA 2 roster is doing well, the team’s CS:GO roster is currently in a crisis. Perhaps the new colors are a sign of better things to come.

The new purple and green colors will be applied across all rosters starting from The International 2018. Following the DOTA 2 tournament, Virtus.pro plans to unveil their planned changes in November.

And as always, check out Daily Esports for current news on the ever-changing esports world.