The 22 year old is the latest talent to join Version1 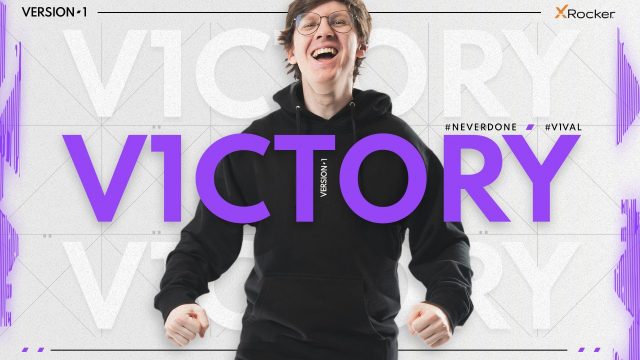 Provided by Version1 Version1's Oderus after a victory over FaZe Clan

A majority of talent competing professionally in VALORANT were able to walk onto top-tier organizations based on their performance from previous esports titles. These games include Counter-Strike, Overwatch and Fortnite. However, not all of the talent were able to take a place on the starting lineup of a team like FaZe Clan or 100 Thieves. Chad “Oderus” Miller was among these few.

The remaining talent not given the instant ticket onto star-studded rosters fell into lower-tiered organizations. From his Counter-Strike days, Oderus’ performance was nothing special. He competed from 2016 to 2020 for several different teams. Those rosters included Spacestation Gaming, Swole Patrol, Ghost Gaming and Recon 5. Like most players from the minor scenes of Counter-Strike, Oderus was looking for a revival of his career in esports and turned to VALORANT.

Oderus started out on a VALORANT team known as Morning Lights, which he played on for a series of minor tournaments. He was even able to win back to back C-Tier events with this team. After his stint with Morning Lights, Oderus played one tournament under Dignitas as his final event of 2020. In June 2021, Oderus joined the Kansas City Pioneers, a team that turned heads at both VALORANT Champions Tour Stage 3 Challengers qualifiers.

The Kansas City Pioneers parted ways with Oderus on Sept. 10 in an effort to rebuild their roster. This was due to the team bowing out early at the Stage 3 Challengers main event and after they added a new coach to the team. Despite performing better than some of the big-name organizations, the team was unable to keep up and ultimately went their separate ways as new players came in to trial with the team.

After parting ways with the Pioneers, Oderus began exploring opportunities with other teams, primarily Version1. Version1 gained headlines when they qualified for the first international VALORANT LAN event and performed well. However, when the team returned, they failed to copy the same success that they had leading up to the international tournament. In that wake, long-term member Anthony “vanity” Malaspina left the roster. This left a void that Version1 was desperate to fill, which is where Oderus stepped in.

Catch up with @oderuscs of #V1VAL before our match with @XSET today.

“[Joining Version1] is a big deal for me,” Oderus said to Upcomer. “I mean, these guys are insane. They had a good run in Iceland, so when they even considered me and when I tried out for them, it was a big deal for me. I have really big shoes to fill, but I am going to try my best.”

Despite the pressure of filling vanity’s shoes, Oderus was excited for the opportunity to play for a prestigious organization. After tryouts, Oderus was taking time off to play volleyball with some of his friends outside of gaming. It was during a volleyball match that he got the news that he would be playing for Version1.

“I was playing volleyball with my real life friends and my agent messaged me,” explained Oderus. “He was like ‘Chad, Chad, wake up!’ He thought I was asleep, but he was like ‘you’re going to Version1’ and I was just so excited. I was jumping around the volleyball court, it was just a surreal feeling to get to play with these guys.”

Oderus joined the roster after vanity returned to his former teammates from Counter-Strike on Cloud9 Blue. With a rivalry between the teams already formed, they were able to hash out who was the better team in their opening match of the VALORANT NA Last Chance Qualifier. Version1 would have to take down Cloud9 Blue to continue in the upper bracket. However, a swift 2-0 in favor of Cloud9 Blue was a less than stellar performance for the new Version1 roster.

“I think [Oderus] played kind of poorly,” said vanity to Upcomer. “I think he’s a really good player, but I think [Version1] hyped themselves up a lot. Everyone was trying to get them to play up the whole ‘revenge tour’ thing, but it’s really not that deep. I think they’ll be pretty good in the future and I wouldn’t be surprised if we got to meet up again.”

While vanity had some harsh words for Version1 overall, the vibes in the Version1 camp were high during the match according to Oderus. He mentioned that the team was hyping each other up in the matchup against their former teammate.

“All of us were really hyped,” said Oderus when talking about their match against Cloud9 Blue. “I mean, it would be how you would imagine you would be with an ex teammate. They are all obviously good friends, going back and forth [with each other]. I think it was just really fun for everyone.”

Regardless of the shoes that Oderus was tasked with filling on Version1, he was optimistic for the future of the roster and their ability to improve. At just 22 years old, Oderus is ready to showcase his talents against the best of the best on Version1.