VCT Masters to return to Iceland for Stage 1

VCT Masters to return to Iceland for Stage 1

The country will hold its fourth Riot Games event 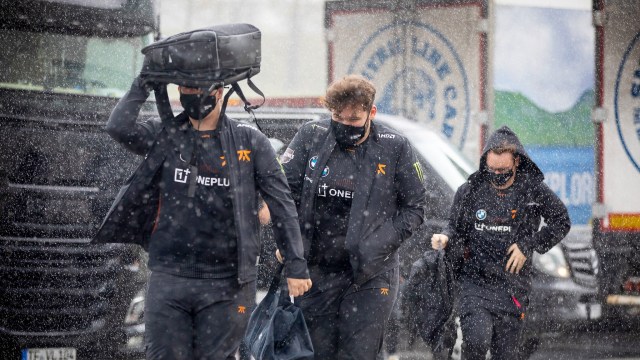 Photo by Colin Young-Wolff | Provided by Riot Games Fnatic represented Europe in VALORANT and League of Legends at Iceland in 2021.

The next international event for the VALORANT Champions Tour, Stage 1 VCT Masters: 1, will be held in Reykjavík, Riot Games announced Friday. The tournament is returning to the site of its first international event ever from 2021 in Iceland. The event is set to start on April 10 and conclude on April 24.

This event will not host a live audience, however.

Masters returns to Reykjavík! Find out more about the next international VALORANT event here: https://t.co/sKViOZdRQr pic.twitter.com/46cngrX22O

According to Riot Game’s announcement, the format will also be slightly different from past international events. The top seeds from North America, the Europe, Middle East and Africa region, Asia-Pacific, and the top seed the Latin America and Brazil playoffs will get a more favorable seed deeper into the bracket. Other seeded teams will have to battle in the lower parts of the bracket.

How teams get into VCT Stage 1 Masters: Reykjavík

VALORANT squads across the world are starting to enter their playoff stages in their regional VCT events. To qualify for Masters: Reykjavík, teams will have to win their respective region’s VCT main events or place highly depending on how many seeds are allotted to their region.

APAC, EMEA and North America have more than one slot into the tournament with Brazil and LATAM getting a combined slot along with their single seed separately.

Each team qualifies for this masters event will receive at least 125 circuit points, which go toward VALORANT Champions qualification.

At the 2021 VCT Stage 2 Masters: Reykjavík, Sentinels took home the first international trophy for VALORANT as the North American squad did not drop a map in their championship run.

Riot Games has also hosted events for their other major esports title, League of Legends, in Iceland as well. In 2021, the 2021 League of Legends World Championships and Mid-Season Invitational were both held in the same venue in Reykjavík.