URF is back in League of Legends for the Worlds event

URF is back in League of Legends for the Worlds event 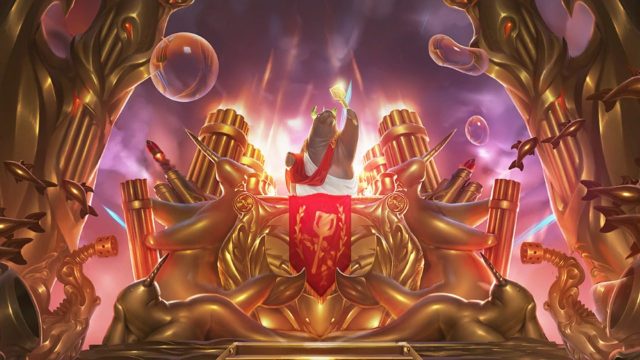 One of the most beloved League of Legends game modes is coming back for their annual Worlds event. Ultra Rapid Fire, better known as URF, will be available to play through the duration of the event. Here’s more about the game mode.

What is URF in League of Legends?

URF is a game mode in League of Legends where players get to play without mana restrictions and low cooldowns. The mode debuted back on April Fools’ Day in 2014 and returned again in 2015. Since then, it has become one of their rotating game modes and there have also been several changes to attempt to balance it out.

URF takes place on Summoner’s Rift and each team gets bans, like in a standard game. There are notable changes as early as Champion Select, however. Players cannot choose the Teleport Summoner Spell and there is no draft pick.

Once you’ve loaded in, that’s where the real fun begins. Every Champion has 80% Cooldown Reduction on Abilities, Items, and Summoner Spells. Players also have no mana or energy restrictions, so we can all be cool like Riven. In addition to this, every Champion has 25% tenacity, 60 bonus Movement Speed, 25% increased Critical Strike Damage, and bonus attack speed (1.5 times on melee Champions and 2x on ranged).

There is also the Champion Cannon, which is a cannon by each team’s spawn that will shoot a Champion to a certain spot on the map. This helps with getting to lane faster and can create for some cool ganks and plays.

Keep in mind that Champions have slightly different balance changes in URF. Kassadin is a good example; his Riftwalk stacking was overpowered in the game mode, so Riot reduced Riftwalk’s max stacks to two.

The Worlds event is coming, with Championship LeBlanc, the Worlds Pass, Dragonmancer skins, and did someone say… URF?

If you want to play the game mode, be sure to hop on and play any time from now until November 9 when the event ends. Let us know who your favorite URF Champions are in the comments below!