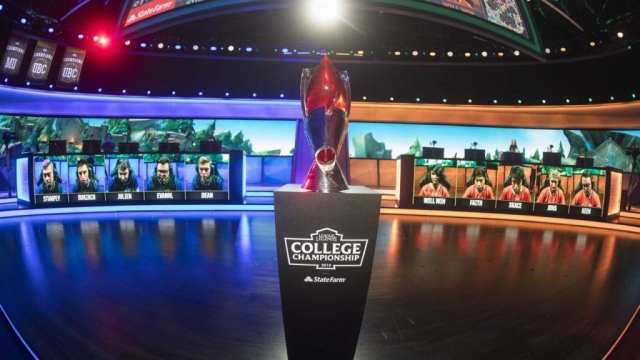 Another university has been disqualified from the 2019 League of Legends College Season. The University at Buffalo joins the University of Illinois at Chicago as the second collegiate team to use a ringer in competitive play. As a result of their misconduct, Riot Games is disqualifying both their rosters and team managers from the 2019 College Season. Additionally, both teams will have all their players suspended for the rest of the season.

According to Riot Games, they found out that a player was sharing an account in an official College Season match. The definition of ringing is “playing under another player’s account”. Additionally, if you solicit another player to use your account, that is also ringing. There have been multiple situations in professional League of Legends where teams have used a ringer. For example, in 2015, Riot Games would catch Cloud9’s challenger team using a ringer. There have also been multiple other semi-professional teams that would be punished due to ringing.

An Apology from UB Team Coordinator

The University at Buffalo team coordinator, Eric “BlurryFlurry” Liew, would take to Reddit to issue an apology on behalf of the team. However, not many people were too sympathetic due to his response. This is what the coordinator would say:

Because of a last-minute emergency situation, my support and support sub player could not make the match. My players did not know that if they are on the roster but not on the official line-up, they wouldn’t be able to play for the match. That is my fault. I overslept and I could not coordinate around the situation. I could have rescheduled the game or found another sub or at least relayed that my coach was able to play because he was listed on the roster. Therefore, my players were forced into a hard situation to either forfeit the match or play with a ringer. I don’t blame them for their decision because if I was a player in their shoes, I would have probably made the same decision.

According to BlurryFlurry, it was because of him that his team would use a ringer. However, many Redditors would bring up a simple fact: Why didn’t they simply take the loss? Instead of using an illegal player, it would have been better to forfeit one match. Because of their decisions, Riot Games is banning the whole team from the 2019 season. They weren’t able to coordinate their roster in time, so the responsibility falls on the staff. However, they are also responsible for making sure no cheating occurs amongst the team.

It is good that Riot Games is taking a strong stance on ringing. On the collegiate level, ringing is apparently abused more than people know. However, there are other times where mistakes can be made. In the case of the University of Illinois at Chicago, the players did not know that another player on the roster could not use a different account besides his own. The member of the team would state in the Reddit thread, “It wasn’t our intention to cheat by using a ringer. Our main adc was not available to play so we brought in a sub who was on our roster to play. The sub’s account did not have league unlocked yet so our adc gave him his account to use for the game.” No matter what, teams should be very careful on what they do, else they get the banhammer as well.

What are your thoughts on the barring of the University at Buffalo from the 2019 League College Season? Let us know what you think in the comments below! If you want more League content, check us out here!