Umebura SP 9 preview: Smash players from around the world are heading to Japan - Upcomer

Umebura SP 9 preview: Smash players from around the world are heading to Japan 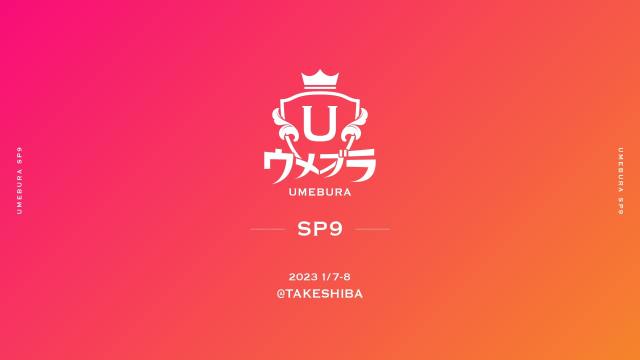 Provided by start.gg This will be the first iteration of the Umebura series since Umebura SP 7 in November of 2019.

However, this tournament stands out compared to other Japanese Smash majors because it has also attracted high-level competitors from the United States and Australia.

Under Japan’s gambling laws, esports tournaments cannot have prize pools unless the money comes from an outside sponsor rather than entrance fees from the competitors. As a result, the tournaments hosted by Japan’s grassroots organizers typically offer no prize money. For this reason, international players generally opt not to attend.

Yet, with no prize money on the line, there are still prominent international players who will be competing for glory alone at Umebura SP 9.

The most notable American player at Umebura SP 9 will be Florida’s Aaron “Aaron” Wilhite, who has been seeded eighth going into the event. Over the past six months, he has placed no lower than 17th at any tournament. In addition, he has defeated players like Paris “Light” Ramirez, Kolawole “Kola” Aideyan, and Salvatore “Zomba” DeSena.

Aaron’s projected bracket includes a winners quarters face-off against acola. However, he’ll likely have to overcome Eita “HIKARU” Hoshi to get there. HIKARU is predominantly a Roy main, but he put his Donkey Kong on the map by beating William “Glutonny” Belaid and Oliver “Bloom4Eva” Alexander at Ultimate Fighting Arena 2022. Meanwhile, Aaron lost to Rylan “ChunkyKong” Silva’s Donkey Kong at Let’s Make Moves Miami. As a result, it is possible that HIKARU could be a threatening opponent for him.

Umebura SP 9 will also feature the best player from Australia, Jonathan “Jdizzle” Douglas. Jdizzle defeated the likes of Zomba and David “LeoN” Leon while competing at American locals last month. As the 26th seed, his road to top 32 is likely to include sets against Ryuoh and Yamanaction. However, outplacing his seed would require beating Japanese titans like Takuto “Kameme” Ono and Shimizu “Umeki” Masaki.

Finally, this event will feature Armando “AC” Castañeda Villalobos, a Californian who frequently competes in the United States and Mexico. AC notably upset Gavin “Tweek” Dempsey at Genesis 8 last April. While he has had comparatively modest performances since then, he could undoubtedly pull off another explosive upset.