The best Type 100 loadout in Call of Duty: Vanguard

The best Type 100 loadout in Call of Duty: Vanguard

One of the game's most underrated weapons 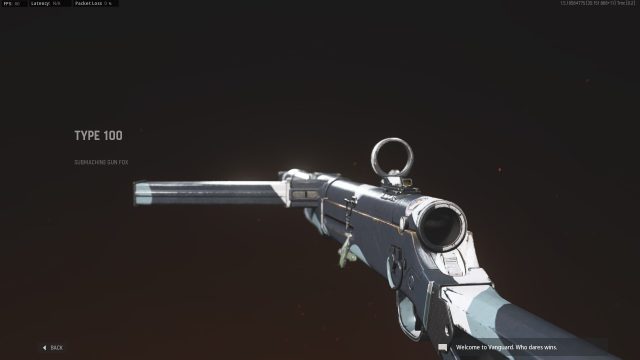 Out of all of the submachine guns in Call of Duty: Vanguard, the Type 100 isn’t many players’ first choice. That distinction likely goes to the MP40 or PPSh-41, as those are the most popular guns in the class. Also, they’re among the strongest in the SMG category. However, the Type 100 can actually kill faster than both of those weapons, and every other SMG, with the right loadout in Vanguard.

After some testing with the weapon, the community discovered that one attachment is broken on the Type 100. This attachment, paired with others on the recommended loadout, turns the SMG into a two-shot killing machine at close range. Though many players might not know about it, the Type 100 is perhaps the most overpowered gun in Vanguard. Below, players can see this exact loadout.

As some members of the community have showcased, the Type 100 actually does kill in two shots at close range. What makes this fact even more stunning, though, is that these shots don’t even need to be to the head. They can be upper chest shots and the Type 100 will still kill in two bullets. Of course, players need the loadout responsible so they can replicate this in Vanguard.

The two attachments that turn the Type 100 into an overpowered SMG are the .30 Russian Short 30 Round Mags and the Vital Proficiency. The former increases damage, range, bullet velocity and bullet penetration while the latter increases critical damage on certain areas of the body. Paired together, they make the Type 100 lethal in Vanguard.

Players will want to play with the Type 100 at closer range since recoil control is hit with this loadout.