COVID-19 Cases have been confirmed at The International 10 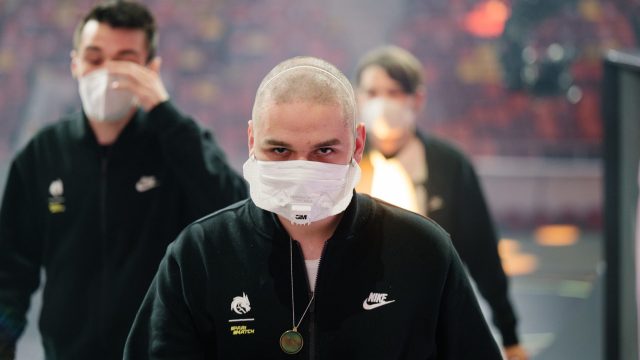 Provided by Valve VP at The International 10

A tweet was released on Friday by the official DOTA 2 The International Twitter account that stated two people at the tournament tested positive for COVID-19. The cases were found due to the daily testing protocol that the event has enforced.

The International is well under way as players continue to move forward to claim the Aegis. As part of our daily testing protocol, we have discovered two confirmed positive covid cases. As a result those individuals have been isolated. (1/2)

“The International is well under way as players continue to move forward to claim the Aegis. As part of our daily testing protocol, we have discovered two confirm positive covid cases. As a result those individuals have been isolated. In addition, all who were contact traced to them in the past 5 days have also been isolated as a precaution. All members of the event continue to have daily testing, and we are taking extra precautions to ensure the safety of everyone participating in the event,” the statement said in full.

Confirmed COVID-19 cases in The International 10

The information came out the morning of Oct. 15 as the second series was ending between T1 and Vici Gaming. This instance was not the first COVID-19 scare that occurred during the course of The International 10. Before the event began, there were a number of Chinese teams that had to suffer through COVID-19 complications. Team Aster had almost their entire roster affected by COVID-19, so much so that captain Zhang “LaNm” Zhicheng made a now-deleted post on Weibo talking bout the lax precautions at their bootcamp, which was set up by PGL. With COVID-19 being an ongoing topic surrounding The International 10, most Chinese teams took extra precautions in order to remain safe. PSG.LGD barely left their rooms and would use full protective gear before leaving.

The COVID-19 pandemic has made it a difficult year for DOTA 2 esports. The pandemic caused the venue to change from Sweden to Romania at the last second, sending the entire DOTA 2 scene into a spiral. While the event continues on, the COVID-19 situation in Romania worsens. While The International 10 have all attending members in separate bubbles, the risk remains just as high when hosting this tournament.