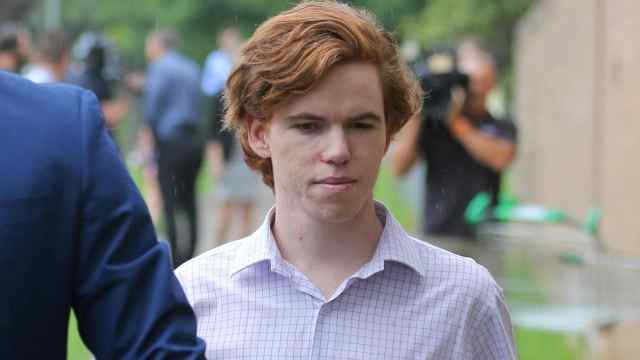 We have a follow-up on a disturbing story we first reported on early last month. A Fortnite Twitch streamer known as MrDeadMoth seemingly assaulted his wife live during one of his streams. The clip went viral and news spread quickly. MrDeadMoth, aka Luke Munday, was not only banned from Twitch after that incident but was arrested and charged with assault. He and his wife got into a verbal and physical argument that was broadcast live for the world to see. Munday appeared in court Dec. 13. However, the case was adjourned until Jan. 13 to allow him time to seek proper legal counsel.

Not even a month later, he was back on Twitch as of Dec. 30, and the community is not having it. Once he was back streaming, other users began sharing their outrage in his chat about the events of Dec. 9. MrDeadMoth then began either banning users or timing them out from participating in the chat. Users also took to Twitter encouraging people to report him to have him re-banned from Twitch. It does make one question Twitch’s ethics when this man was caught on camera assaulting his pregnant wife yet was allowed back on not even a month following the incident. People were calling out Twitch and Twitch Australia and New Zealand for what seems to be them turning a blind eye.

Hey @Twitch @Twitch_ANZ how is the absolute spineless worm MrDeadMoth able to stream on your platform again after bashing his wife/fiance on stream. Pretty disgusting that hes even allowed an account after that despicable act.

It’s been called a “despicable” act by many online, and they want to see MrDeadMoth banned, this time for good from continuing to stream. What’s more surprising is that this is not the first time Munday has been charged with something like this. New.com.au reported that court documents show that December is the tip of the iceberg. He was charged back in 2011 for similar charges that he is facing now.

The prosecution believes they have a very strong case against Munday with the video evidence. What remains to be seen however is whether Twitch will listen to the public’s outcry to re-ban him from the platform and not give him a chance to possibly do this again. The ball is really in Twitch’s corner to do the right thing and not let this slide. Let us know your thoughts on the matter and whether or not you support Twitch allowing Munday back online. We will continue to follow this story following his next court appearance.