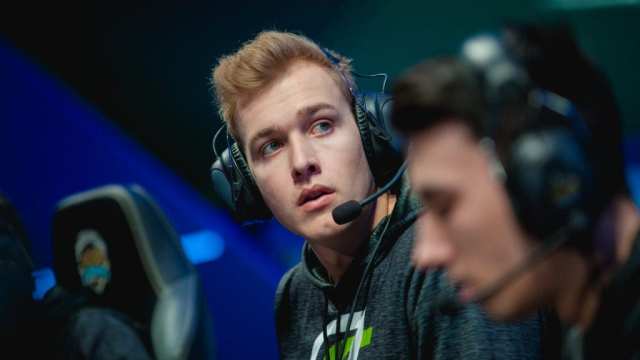 Another significant roster move has been made in the LCS. According to the League of Legends Esports League-Recognized Contract Database, TSM has signed Gabriel “Fanatiik” Saucier to the team. Now, the actual signing may not be huge, but its repercussions will be significant to the team.

I'm still contracted to Optic but I'm allowed to explore options for 2019. Dms open or contact by email: [email protected]

As it says on the Contract Database, Fanatiik has been signed until November this year. We expect that he will be joining the TSM Academy this year. However, this also means that Matthew “Akaadian” Higginbotham may be moving up to the main roster. Akaadian was in the LCS last year as a starting jungler for OpTic Gaming. As a result, this could be a good chance for him to prove his worth on a top-tier team like TSM.

Now, TSM has been very clear on their stance with Jonathan “Grig” Armao, who has been their starting jungler since the 2018 Summer Split. The team and many of its fans are placing their trust in him again for 2019. Of course, it is known that Grig did not have a great season with TSM last year. However, it is also known that he has been working very hard to improve his game for 2019. He would even capture Rank One on the NA League of Legends server this year.

Had wrist issues at start of month and couldn't play, feeling a lot better now 🙂

Unfortunately, Grig was also suffering from severe wrist issues that would prevent him from playing. It seems like TSM may be taking some precautionary measures in order to keep Grig’s health in check. Therefore, it would make sense if Akaadian is coming back up to the main roster to share time with him. Akaadian also removed “TSM Academy” from his Twitter bio and instead has, “TSM” only. This may be grasping at straws, but the whole situation isn’t too farfetched.

It would be tragic if Grig is forced to sit out due to his health, but that will need to be his priority. Additionally, it will not be the end of the world should Akaadian have to step in. This provides TSM some good flexibility with the roster, having two junglers to rely on. They could utilize a system similar to Cloud9, where they can swap out Robert “Blaber” Huang and Dennis “Svenskeren” Johnsen.

Akaadian had also gone through a pretty lackluster year with the Green Wall, so this is a great chance to bounce back. Also, he now has some great tools all across the map, with Jesper “Zven” Svenningsen and Andy “Smoothie” Ta in the bottom lane. He also has a fiery new rookie in the top lane with Sergen “Broken Blade” Çelik, and a superstar mid laner in Søren “Bjergsen” Bjerg. If there is any place where he can improve his game and recover, this is it.

The only negative also resides in the positive, as joining TSM puts plenty of pressure on a new member’s shoulders. There is not much room for failure with this organization, so you must perform at your absolute highest. If Akaadian falters in any sort of way, we may not see him on the main roster next year!

What are your thoughts on Akaadian possibly joining the main TSM roster? Let us know what you think in the comments below! If you want more LCS coverage, check us out here!