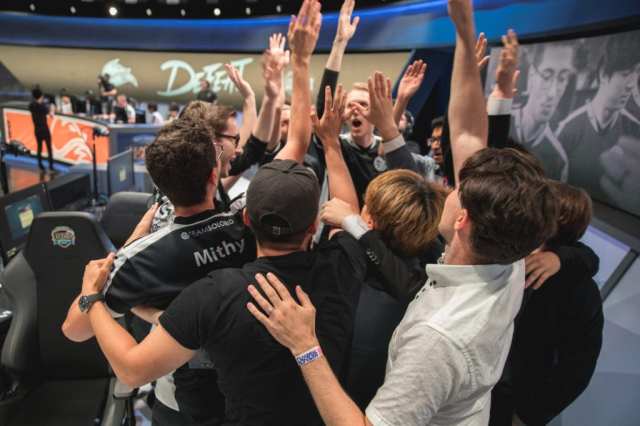 TSM has beaten Echo Fox in a thrilling five-game series in order to advance to the NA LCS Playoff Summer Semifinals this past Saturday.

NA Jayce? NO PROBLEM! @TSM take down @EchoFoxLol in game five and book their tickets to Oakland! #NALCS pic.twitter.com/oslDdyc4bg

Tale of the Tapes: TSM vs. Echo Fox

Echo Fox has been a top seed in the NA LCS for most of the split. Their ability to adapt to the topsy-turvy meta in the early weeks gave them a great headstart for the season. However, they would falter going into the second half of the split, due to their bottom lane problems. Also, Huni was beginning to struggle in the top lane, which gave their superstar jungler Dardoch too much to shoulder. Therefore, halfway through the season, Echo Fox would make a blockbuster acquisition. They would pick up budding star support Smoothie to pair with their rookie ADC Lost. As a result, the roster change would help alleviate the load from Dardoch and help Echo Fox secure a top seed.

On the other hand, TSM was having the worst split in the history of the organization. Many would believe that this would be the year TSM would not make it to Worlds. In fact, some people were believing that they wouldn’t even make playoffs. Reasons being, this was looking like the most disconnected TSM roster in some time. The team did not seem to have great synergy, and their jungler Grig was playing at such a passive rate. In fact, the whole team was playing passively in a meta that encourages aggressive, proactive play.

However, it wouldn’t be an NA LCS playoff without Team Solo Mid. They would change their playstyle nearing the end of the season, finally putting Bjergsen on assassin champions and playing more proactively as a squad. As a result, they would end their season winning the last five of six, including their tiebreaker games. Team Solo Mid has a good amount of momentum carrying them into the playoffs, but then again, they haven’t beaten Echo Fox this entire split.

Game one would start off with Echo Fox taking first blood on Bjergsen in the mid lane. However, the proactivity would stop for Echo Fox there. They would then lose multiple fights, including a big three-for-none at the dragon pit. TSM would push the envelope constantly, with Hauntzer diving into the back line and Bjergsen jumping from kill to kill as Irelia. The superstar mid laner would actually secure himself a pentakill at the end of the game. It was a fitting end to a pretty dominant first match by the reinvigorated TSM.

However, Echo Fox would bounce back two decisive victories of their own. Of course, the fiery star jungler Dardoch would be the catalyst. Usually, Dardoch is the X-factor for most of Echo Fox’s games, and this was no different. He would play Kindred, a champion he is very familiar with to help his team take early leads that would lead to wins. In game’s two and three, Echo Fox’s Damonte would also show off his Ryze abilities, and Lost would pop off on Kai’sa in game three. As predicted, Dardoch would stomp Grig throughout games two and three. This would lead to huge advantages that Echo Fox would gladly take advantage of.

Now on the backfoot, TSM would again place Bjergsen on Irelia against a pretty unusual pick in Lucian for Damonte. He would get through the laning phase with ease, but the game would be a pretty back and forth affair. Unfortunately, TSM would again play very aggressive, and Bjergsen was feeling it today. He would end the game with his second pentakill of the series, proving again that he and TSM are to be feared in the NA LCS.

The final match would showcase the death of the NA Jayce meme, as Hauntzer would have a masterful performance on the champion. He would dominate Huni in the top lane, and carry his lead into the rest of the match. Dardoch would try his darndest to carry his team, but Echo Fox would prove to be too heavy to lift. Hauntzer and Bjergsen’s LeBlanc would take over the game, and they would actually be the biggest factors in the last team fight win leading to their series victory.

For TSM, they come into the NA LCS playoff semifinals with a ton of confidence and momentum. With Bjergsen and the rest of the team playing at such an aggressive pace, they are looking like a top three NA LCS team once again. Whoever they face, be in Cloud9 or Team Liquid, they have the utmost faith in themselves that they will take the crown for themselves. For Echo Fox, it is a disappointing end to a pretty decent season. They do have several issues to work out, such as Huni falling off halfway through the split. On the other side of the coin, give another season for Lost and Smoothie to grow as a duo. They were only matched up halfway through the split, and I believe with time, they could be a deadly bottom lane.

What do you think of TSM’s playoff series win against Echo Fox? Let us know your thoughts in the comments below! If you want more NA LCS Playoff coverage, check us out here!