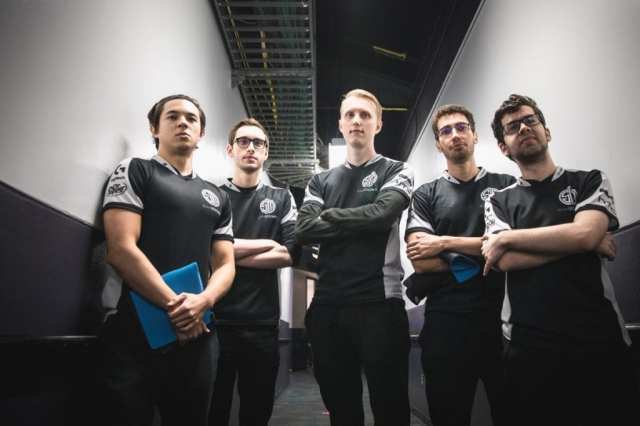 After a close back and forth affair, TSM would steal their five-game series away from 100 Thieves. Team Solo Mid officially ends their NA LCS summer season in third place.

.@TSM ace @100Thieves in the mid lane and push down for the game five victory! GG WP! #TSMWIN #NALCS pic.twitter.com/MSrcm55qie

Team Solo Mid was fresh off a semifinals loss to Cloud9, who will be fighting for the NA LCS summer championship against Team Liquid. They were taken by surprise with Cloud9’s compositional flexibility, and so they would fall in five games. However, TSM would be hungry to win that round bye in the North American Regional Gauntlet to avoid Clutch Gaming. The team is just getting better with a proactive style of play, so mistakes are expected. Still, the members of TSM have a huge standard to follow in order to preserve TSM’s legacy.

Across the Rift, 100 Thieves is also coming from a lackluster performance against Team Liquid. They just could not keep up with Team Liquid’s team play and the firepower of Doublelift in the bottom lane. One similarity between these two teams is that they both play a very reactive style of League. Therefore, it would force each team to play in a style they weren’t comfortable with. This made it easy for teams to make mistakes, but it would also make for some exciting competition.

TSM and 100 Thieves would exchange games through games one to four. Their first match would consist of the two sides trading blows by way of kills and objectives. For example, 100 Thieves would take first blood and first tower bonus, but in return, TSM would take their second dragon and three turrets in a row. After more back and forth action, the game would culminate in a botched team fight at Baron for Solo Mid. 100 Thieves’ Andy “AnDa” Hoang would steal the buff from TSM jungler Jonathan “Grig” Armao. However, TSM would get incredibly greedy and end up getting aced as a result. This would be the turning point for the match, as 100 Thieves would end the game soon after.

TSM strike back with authority… and so do the 100 Thieves.

Game two would be a complete reversal of fortune for TSM. They would put superstar Søren “Bjergsen” Bjerg on an odd pick with Vel’koz, even with Glacial Augment. Early on, 100 Thieves would push the tempo, taking four towers and five kills before 20 minutes. However, with great macro, TSM would put 100 Thieves on the back foot. Additionally, the Vel’koz pick would pay off immensely, as it would dish out massive amounts of damage in the team fights. TSM would only need one Baron buff to push into the Thieves’ base to take the quick, 29-minute win.

.@100Thieves and @TSM trade kills in the mid lane to kick off game three! #NALCS pic.twitter.com/XEu4m7oHHr

However, 100 Thieves would take back the reins in game three. Again, the early game was on a seesaw, with both teams wrestling for map control with picks on either side. However, a great Baron call at the 25-minute mark would seal the game. TSM would try to respond to 100 Thieves’ Baron attempt, but it would be way too late. They would arrive right after the buff would go down, and the ensuing team fight would leave TSM hobbling away with only two members alive. In fact, Solo Mid would get a bit greedy and continue chasing without proper vision or full health bars. TSM’s Jesper “Zven” Svenningsen would pop into his Guardian Angel, and the rest of the team would soon fall. With the power of the Baron, 100 Thieves would charge right into the base and take the match.

Fortunately, TSM would persevere and take game four in a perfect fashion and set themselves up for a great game five. We say perfect because no TSM member would die this entire game. They would control every objective, from dragons to turrets, and they would play most of the team fights very well. 100 Thieves were just playing a bit too aggressive, and as a result, they would play right into the reactive playstyle that TSM loves to execute. The Thieves would start off a team fight, fail to get any kills, and then get counter-engaged, almost every time. Team Solo Mid wins game four quite easily, and once again, Silver Scrapes plays for them in the NA LCS Playoffs.

A triple kill for @TSM_Grig closes the gold gap for @TSM in game five! #NALCS pic.twitter.com/VMnMz2HxfO

Game five would be really close, the closest game of the series. 100 Thieves would actually hop into an early lead, picking up plenty of kills and four dragons to boot. It was looking like they would take the game, but it would be Bjergsen’s Zilean that would keep TSM in the match. His bomb placements were key in multiple team fights, and his timely ultimates were so game-changing. Off a few big team fights, TSM would claw back into the game.

A Baron buff at the 30-minute mark would help TSM push back significantly, but the game would still remain close. The game-deciding team fight would occur when Hauntzer would engage into the 100 Thieves’ team. The Thieves would counter-attack well, but Cody Sun would jump into a well-timed Jonathan “Grig” Armao Camille stun. Zven would jump in right after with Kai’sa, and the fight would end relatively quickly for 100 Thieves. Solo Mid would then push for the win afterward.

TSM now looks towards the Regional Gauntlet, where they await the winner of the Clutch Gaming – Echo Fox series. It could be a great showdown should Echo Fox win that matchup, as they could take revenge on the team that eliminated them from the NA LCS Playoffs. As for 100 Thieves, they have a bit of tinkering to do in preparation for the next season.

Their top laner Kim “Ssumday” Chan-ho has been having an NA LCS MVP-caliber season, even though he lost the award to Team Liquid’s Yiliang “Doublelift” Peng. Additionally, their ADC position must be a point of discussion for the team. Richard “Rikara” Samuel Oh had been having a great showing for his first playoff appearance, where Cody “Cody Sun” Sun had disappointed in the last two games of the series. Also, they have to decide on their jungling situation, whether they wish to use Andy “AnDa” Hoang moving forward or not. They still have Đỗ “Levi” Duy Khánh in the NA Academy, who is a talented jungler in his own regard.

What do you think of TSM’s win against 100 Thieves? Let us know your thoughts in the comments below! If you want more NA LCS coverage, check us out here!