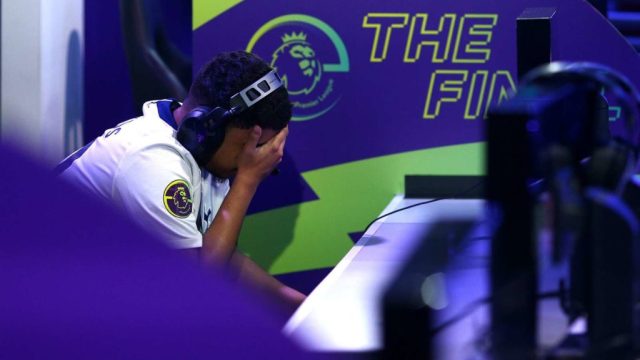 Tottenham’s star FIFA player Kylem “Lyricz” Edwards has been suspended for the remainder of the season.

The Spurs player joins multiple pro FIFA 19 players who have been suspended this month. In the Global Series rulebook, EA Sports has rules against buying or selling FIFA coins, and they’ve been broken.

Edwards plays for a pro-gaming organisation known as The Imperial and represented Tottenham in the recent ePremier League. He is one of the Englishmen to be amongst the top 20 in the FIFA Global Series Rankings but will likely lose his spot due to this suspension. It means he has lost his chance to compete at the eWorld Cup Play-Offs.

Why is buying and selling coins banned?

Buying coins gives a FIFA player an unfair advantage. It is much, much cheaper than spending real money on FIFA Points for player packs. These packs offer a random chance of giving you a high-rated player but can be unreliable.

Many have argued that FIFA 19 as an esport has become “pay to win.” Edwards and the other suspended players gave themselves an enormous advantage over those who could not afford the top players during the online qualifiers.

Kurt Fenech, a controversial pro FIFA player who himself served a ban earlier in this year, was quick to call Edwards out. Fenech said: “Every single person who bought coins not only cheated but f***ed over every single person who he beat in every qualifying round as well as the events he played in.”

“Yeah this game is P2W but how is it fair to those who spent £5K of their own money to get the best team on the game while someone else spent £500 and got the same exact team?”

Edwards is particularly disliked since he actively supported the idea of pay-to-win earlier this year. He tweeted: “You have a full game cycle every year to earn money through FIFA and working. If your dream is to be a pro FIFA player, then save some money and take the gamble. Work some extra hours, it’s not an excuse!”

He then released a statement on his suspension saying: “I want to start off by apologising to everyone at Imperial, Stark and all the players competing in the global series. This is the first time in my career I’ve been truly backed by an organisation and I’m really sorry for tainting what was a great year.”

“[It] was a desperate thing to do, I set myself up really badly to start the year financially and made a stupid decision to try and compensate for it and now I pay the ultimate price. This year has been really tough for me. I won’t go into detail at this moment but I appreciate all the support throughout and I’m sorry again for letting you guys down.”

“Of course it looks hypocritical after my tweets but in life, you either learn from your own mistakes or learn from the mistakes of others.”

Out of work for the remainder of the season, Edwards is now looking for coaching opportunities until he can return to competing once FIFA 20 launches.

Squad conditions are being applied towards the end of this 2019 season so players will hopefully not feel the need to purchase coins during the FIFA 20 season like they have this season.