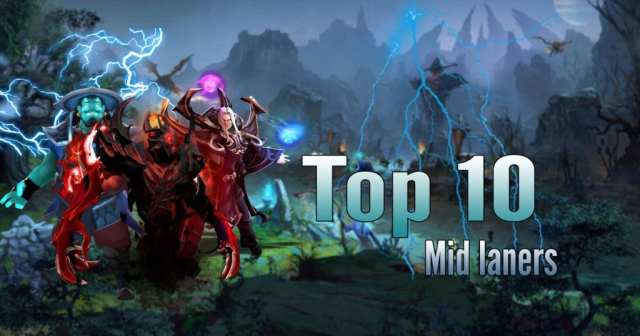 Disclaimer: The players included in the list is subjective and based on performances from the International Tournaments and LAN tournaments.

This Liquid mid laner truly deserves to be in the number one spot. Aside from the first DotA player who reached 9k MMR, most of his plays were already crafted on our mind. Who would forget his Godlike’s Shadow Fiend plays, the requiem that took double kill on Roshan Pit against Mineski that eventually turned the game. His Shadow Fiend’s next level juke with dagger and manta plus an additional kill with Alliance courier. Wondrous triple kill Invoker play against TNC, unstoppable Timbersaw against Na’vi, and a WR’s powershot that took Mikasa’s QOP life.

This young man, got his break after joining Team EG (his current team) and became a prominent player worldwide. His emulous Storm Spirit plays back when on the International 2015 have been a shoutcast for every broadcaster and gave all the watchers hype, zipzap. Aside from that, no one could deny that he is the best if not the best one of the best Windranger player, multi hero shackleshot and powershot and a dominating mid performance.

A player that was once a pub star and eventually captured the International teams eyes. He got his professional break after Puppey(team Secret captain, his former team) invites him to join his team, where he serves as the mid lane player. During his days with Team Secret, he was able to show the world what he got. W33 became particularly known for his ability to play Meepo, who was considered a niche and unconventional pick. Aside from that, Windranger and Invoker has been a signature hero for him. Now he’s in Team DC, and performing his finest.

Maybe you will doubt why he’s on top 4, but this Newbee Mid Laner has been performing well ever since. He might be not that popular like the previous player, but he’s definitely one of the best Invoker magician, looking at their previous matches all of their games has been a dominating mid game for him especially when he was able to get his masterpiece Invoker. His Queen of Pain is literally a painful one in every game, and his Templar Assassin is definitely one of the best.  You can catch him together with his squad on the upcoming DAC 2017, to see is to believe right?

Team Secret current mid player, MidOne used to play for Team Fnatic but decided to move for the European team after he gets an invite from Puppey right next to MP a well-known SEA talent as well. He’s performing greatly since then especially on Invoker. His greatest DotA 2 influence was his brother, and his interest on DotA 2 grew more after time. Recently he just reached 9k mmr andcurrently leading the MMR leaderboards.

After Miracle left Team OG, everybody thought that it would be hard for Notail’s squad to find someone like him, but guess what, Ana still exist. Honestly, at first you will doubt Ana’s skills since a standard is already set after Miracle. But as the time pass by you will be surprised by how Ana perform in every tournaments. Eventually the doubts turned out to be wonderment.

7. Dendi the Loyal One

After winning The International 1, his name spread globally and started to create a big sound for his name. Who will forget the Pudge and Chen combination of Natus Vincere? Dendi, never left his team even though a lot of roster changes happened but he remain intact for his team. In our opinion, he sets the standard for the mid players in today’s generation, he will always be a legend.

His former squad Mineski has been knocking down their international opponents with a Huskar Dazzle combination creating his own name as the master of Armlet Toggling. Right now, he’s a player for TNC the team that set the greatest upset on the International 6 by beating Team OG(the Crowd Favorite) in a flawless 2-0 sweep. Their latest achievement was being the champion of WESG.

9. bLink on the Action

Wings Gaming Mid Laner, they successfully won the last The International 6 by defeating Team DC in a 3-1 victory. It’s true that only few chinese players are popular and bLink is one of them with his impressing skills in mid lane, dominating and brave one. Back on the Boston Major, bLink performed like a God against WG.Unity with his Invoker. And on ESL One Manila, he have been unstoppable Queen of Pain, Invoker and Alchemist against Team Liquid that they managed to won on a 3-0 victory.

It’s true and undoubtable that Abed is the best Meepo user for today. After that TI6 wildcards performance of him for Team Execration he captured the players eyes and took the title as the “best Meepo user”. Okay, if not the best, one of the best. He’s currently playing for Team Onyx.

Notes: This is our opinion, if you have any thoughts and suggestions feel free to post it on the comment section.