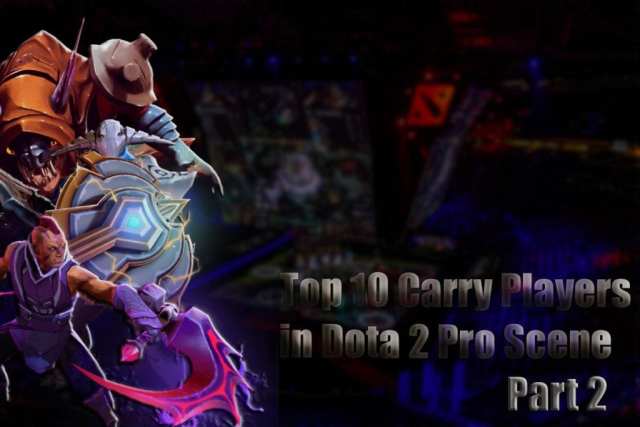 Continuation Of Our Carry Ranking

The first installment of this article featured 5 top carry players. Now let’s get on with the rest of the list.

Newbee’s carry uuu9 is the guy who literally plays carry every single game. Seriously, I’m not kidding, he has a 100% carry pick rate. And this kinda explains why he’s one of the best carry players out there. He’s one of the few people who has an almost 80% win rate on Drow Ranger. However his Juggernaut is very phenomenal too. What’s up with Chinese players and Juggernaut anyway.

Other than being a total badass, n0tail is really good at any role he plays. He used to be an offlaner but now he’s a carry. He’s not a flashy carry player, but he’s a team player. With his close friends being on the same team as himself. He certainly proves that being a carry is not only about making great plays. It’s about trusting your team and just shining as a team. Great stuff man.

Pajkatt’s name is pretty much just PieCat, two of his favorite things. He’s the new carry player in Na’Vi. There’s not much to be said about him. He’s a jester. However, in tournaments he’s the aggressive carry that many teams lack. He’s not afraid to jump into the enemy while playing heroes like Juggernaut or Lifestealer who have a free BKB. And this unique play style earns him a spot in the top 10. And also because he’s funny. Just making sure everyone’s clear on that.

Now this guy, new guy, very good guy. That’s pretty much all I have to say about him. Seriously, not much is known about him except he’s a really darn great carry player as he showed us in the recent Starseries S3. And I think he deserves a spot in the top 10, just because of his performance at Starseries. The guy was great. His Lifestealer and Phantom Lancer are very phenomenal.

10. Me. Just kidding. Doing it for the lulz boyz. Pray for me so I don’t get fired for this.

Now Black^ is a unique player. He plays like a position 4. Although his playstyle is of a position 4, he still manages to keep up some great farm and he manages to get a lot done in the game that a carry player should. And he’s flashy. Like so flashy. God I wish I was him. His morphling is really amazing. And he’s one of the few players who has 100% win rates on some heroes like faceless void.

And that’s it guys. I hope most of you agree with this list although I biased it just a liiiittle bit. Some of you may be wondering why some players like 13abyknight or Miracle aren’t here. And that’s because even if they sometimes play carries, we’re only ranking the carries in the pro scene. So that’s it. I hope you had fun reading! And someday if luck favors you, it might be you in this top 10 list. Never stop dreaming boys.