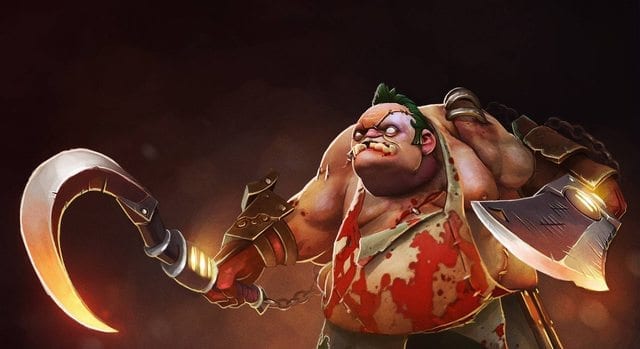 Getting bored of your normal matches? Grab a buddy and try out one of these amazing hero combos for hours of screaming, crying and endless salt.

1) Keeper of the Light, Axe

This one is my long-time personal favorite hero combos. The reason why it’s so much better than LC+KOTL? Simply because Axe can pick up a point in Counter Helix and Call and be ready to roll at level 2.

BEST DONE IN: If you have the chance, always use the off-lane. This combination tends to work best on Radiant team, but you can try it on Dire too.

The (somehow) lesser known alternative to Tiny+Techies. All you need is one point in Suicide and a point in Snowball, to start off. We recommend getting your first point in Land Mines first, though — with your first blood you can get the EXP to skill your Suicide. Plus, throwing down a Land Mine right after the Snowball hits means you’ll get some extra damage in, and you’re almost guaranteed to immediately get the kill once you Suicide.

BEST DONE IN: Off-lane. Remember to right click on Techies to pull him into the Snowball.

Another classic. Tiny’s Toss will grab the nearest unit and throw them at a targeted enemy. While you can do this with a hero like Centaur Warrunner, using Techies as ammo means he can suicide directly on top of an enemy and deal full damage. Here, catch!

BEST DONE IN: Off-lane or safe lane. While Techies can go anywhere, Tiny is fairly gold reliant and will need items ASAP.

I feel dirty just for mentioning this hero combos. Huskar is a nasty, nasty hero that becomes so much more powerful when he is closest to death. Take advantage of this and maximize his time spent nearly-dead death by saving him last second with your Grave. This will give him more than enough time to dive a tower and land multiple kills.

BEST DONE IN: Off-lane is easier, but you can get away with doing this in the safe lane, too. Just make sure you aren’t taking a lane away from another carry. Remember to skill a point in your Q at some point if you’re Huskarc — the heal is the only thing that will take up your mana anyway.

Ah yes, the classic Bane & Mirana hero combos, known to make players tilt in any bracket. Bane, having two disables, will keep an enemy in place long enough to land a whopping 5 second Arrow. We add a particularly cruel twist by inviting Pudge into the lane. Finish off the arrow combo with a flawless Hook and Rot to the death.

BEST DONE IN: Trilane with a Mirana farming. If Mirana is not your main carry, make sure your safe laner is capable of going solo for minutes at a time.

How does a Legion Commander land every ultimate flawlessly before purchasing a Blink Dagger? With a Tusk bringing her in a snowball, of course! The second your LC hits level 6, start roaming and preying on under-leveled enemies. You’ll land on top of them every time and you’ll be snowballing before you know it (no pun intended).

BEST DONE IN: Safe lane or off-lane — if you give your Legion Commander solo EXP, the faster she’ll get her ultimate Duel, and the sooner you can start getting duel wins. Tusk can be roaming until she gets Duel. Don’t worry if your Tusk is under-leveled — you only need a minimum of 1 point in Snowball for this to work. Remember to right click on LC to pull her in the snowball.

Poison twins: together again. Viper has always been a nasty hero to lane against. But early on, most players aren’t terribly concerned. His auto-cast Poison Attack deals only 10 damage over time and 10% move-speed slow at level one. Most of the time, unless the enemy is out of position, it’s simply not enough to get early kills.

This is where Venomancer comes in. At level two, he can have two separate slows and additional damage over time. Venomous Gale deals 50% movement slow at level one over 15 seconds. His passive, Poison Sting is dealt with right clicks, giving an additional 11% slow at level one. The combination of damage over time plus movement slow can net this duo a ridiculous number of kills from level 2 onward.

BEST DONE IN: This hero combos makes it easy to dominate the off-lane.

This one is fairly self-explanatory. Put your Lifestealer in a solo EXP situation (lane preferable, but jungle is an option) and focus on getting level 6. Spirit Breaker can roam the map in the meantime after getting a couple of levels and an urn. When the time comes, Infest your friendly neighborhood space cow and give the enemy team a fright. Put a Shadow Blade on your Spirit Breaker for maximum fun.

Bonus: building an Aghanims Scepter on Lifestealer will grant him a new ability, Assimilate. This will allow you to swallow an allied hero and add someone else to the cow bomb like a matryoshka doll gone terribly wrong.

This hero combo was run by Alliance in the G-1 League a long time ago. Essentially, the goal is to creep skip as Axe in an aggressive tri-lane. Skill your heal Shadow Wave as Dazzle, and wait to use it right after Shadow Demon uses his Disruption.

Now here’s the fun part: Shadow Wave essentially does more damage as it bounces between units. Using Disruption gives you an extra two units (illusions), plus Shadow Demon, plus Dazzle, plus Axe. The result? All possible bounces guaranteed. More than half of the enemy’s HP removed in one shot.

Fun fact: Maxed out, 6 bounces will deal up to 980 damage to an enemy Hero. That’s more damage before reductions than Laguna Blade, Finger of Death or Sonic Wave!

BEST DONE IN: Off-lane. Make sure your safe lane carry can be left alone during the laning stage.

What’s more annoying than dealing with Ion Shelled creeps, or spiderlings that just won’t stop? Dealing with a massive, invisible, Ion Shelled spider, and a couple of similarly adorned spiderlings. It’s already bad enough, having to sit in place and try to clear clusters of spiderlings. Now imagine doing that while taking damage from multiple instances of Ion Shell. Just visualize the tears as the enemy supports desperately flee from multiple invisible instances of Ion Shell. The sky is truly the limit to your cruelty.

Have any fun, effective, or just plain twisted Hero combinations or lane ideas? We want to hear them! Share your stories below to be featured in upcoming articles!