TimTheTatman reveals why he won't be streaming MW2 after launch

TimTheTatman reveals why he won’t be streaming MW2 after launch 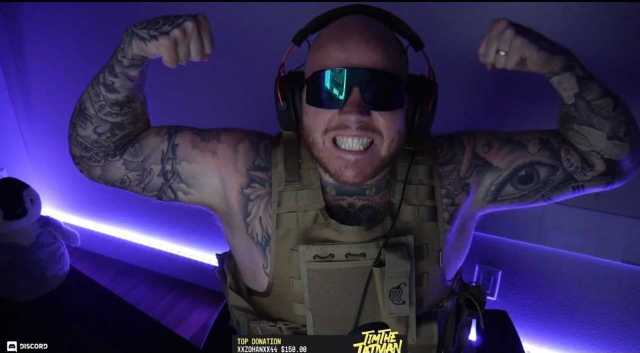 Screengrab via TimTheTatman on YouTube TimTheTatman is one of the most popular Call of Duty streamers in the world.

Call of Duty: Modern Warfare 2 is releasing in just a few days and the FPS community is excited to dip their toes in another multiplayer experience. The early access campaign has received fairly positive reviews so far, which has only increased the hype behind MW2’s multiplayer which releases worldwide on Oct. 28.

However, there are some players that don’t feel that same excitement. Notably, YouTube streamer Timothy “TimTheTatman” John Betar revealed that he won’t be streaming MW2 much after it launches. Tim provided a solid explanation as to why he’s made this surprising decision so early on.

TimTheTatman explains his reasoning behind not streaming MW2

For the past two and a half years, TimTheTatman has been one of the top Call of Duty streamers on any platform. His move to YouTube from Twitch didn’t see him drop any viewership, as he still pulls in over 20,000 viewers each stream. Most of the time, Tim streams Warzone and this has been the case since the battle royale’s release in 2020.

It seems that this love for Warzone has not translated to multiplayer for Tim, though. Recently, the streamer uploaded a video that explains why he won’t be streaming MW2 multiplayer.

The main reason TimTheTatman cited behind his lack of enjoyment in playing Quick Play is skill-based matchmaking. For those unaware, skill-based matchmaking (SBMM) is a feature in COD that forces matchmaking to pair up players of similar skill level in the same lobby. While this is great for lower-skilled players, it leaves higher-skilled players out to dry, as they have to play against enemies that are around their skill level.

Tim’s biggest issue with this feature is that it should be reserved for Ranked Play, where players have a rank assigned to them that showcases their skill level. In Quick Play, there is no rank players work toward. This essentially makes Quick Play the same as Ranked Play, with the only difference being that Quick Play doesn’t have an earnable rank that players can achieve.

SBMM paired with TimTheTatman’s love for streaming battle royales over traditional multiplayer mean viewers won’t see the streamer play much MW2. However, TimTheTatman did say he would stream MW2 multiplayer for the first day or two. He also stated that Search and Destroy was fun for him in Modern Warfare 2019, so perhaps we could see him dabble in that mode past launch.