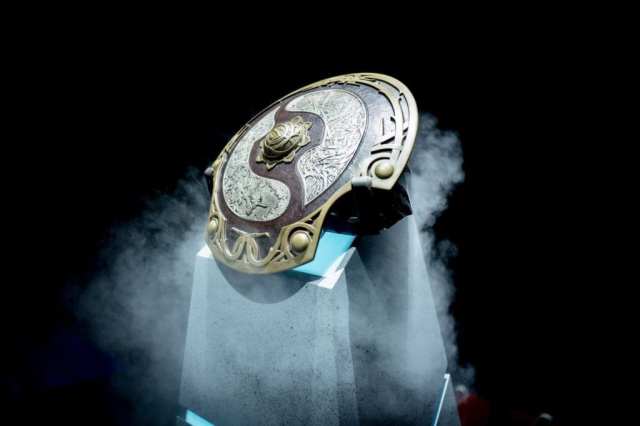 Day 4 of the group stages for The International 2018 came to a close with a few surprises alongside some upsets as well. Sadly, Day 4 brought elimination upon two teams: Invictus Gaming, and Pain Gaming. The outcome has disappointed fans across the world.

Pain Gaming has established themselves as one of the most fun teams in the Dota scene. They were also the only team representing the SA region. Fans are a bit sad over their elimination, as players like Tavo and w33 were just beginning to show how strong they are.

As for IG, Winstrike eliminated them in a tiebreaker best-of-three match. You could almost see the desperation from both teams in the games played. But what has happened, has happened. And we hope Pain and IG move on from the devastating losses.

VGJ.Storm Sentenced To A Level-2 Penalty For the Main Stage

Soon after the group stages ended for VGJ.Storm, it came to light that the team was using two coaches for their group stage games.

Today we learned that VGJ.Storm had used two coaches during their group stage drafts. When we asked VGJ.Storm, they said that they asked a PGL employee if they could have more in the draft, and he told them that he doesn't care as long as they left at the end of the draft. (1/4)

The official Dota 2 Twitter page made an overall good reasoning for the matter. Usually, a team would be disqualified for not following the proper instructions. However, VGJ.Storm has made it clear that this was merely a misunderstanding. Explaining their side, VGJ.Storm said that they asked admins before taking the actions they took.

Regarding the coach situation: we were not sure if two coaches would be allowed during the draft. There’s no ruleset where this is written, there are no rules in general beyond format. Because we were uncertain about it, we asked a PGL admin, who checked with a higher-up (1/2)

In conclusion, VGJ.Storm will now be getting a level-2 draft penalty. With 70 fewer seconds of reserve time, will they end up losing a game because of this? Nonetheless, this is only fair for the team.

Finally, group stages have ended after four long days of very high-class Dota 2. Personally, I am a tiny bit salty about how much Wraith King is being picked, as it keeps appearing in my pub games. After a few games against the hero, it is certain that Wraith King is definitely annoying to play against. So, this hero will very likely be picked a lot more in the main stages.

Anyway, getting back into the topic, the brackets have been revealed for The International 2018 main stage. The brackets seem tight, meaning there aren’t many wrong predictions you could make.

But let’s keep in mind the TI curse. There is always an upset every year, and it is anyone’s guess which game the upset might be in. 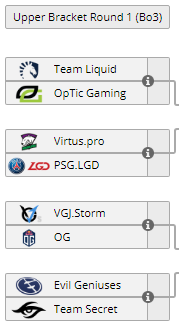 The upper brackets seem very favorable to the teams that were top-two on their groups. As you can see, Team Liquid chose to go against Optic Gaming. And VP Chose LGD. Leaving VGJ.Storm against OG and EG against Team Secret. 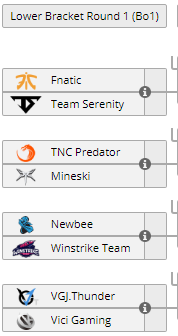 Lower brackets seem like they’ll be more of “anything-goes” games. However, Newbee, TNC, and Fnatic are highly favored to win their games. How you form your predictions is your choice. You can either go with your gut or the stats.

Following the stats, the most likely winners for this TI8 are Liquid, VP, EG, or LGD. But, no one can really predict the future, so anything could happen! Don’t feel bad about drifting away from the statistics for your predictions.