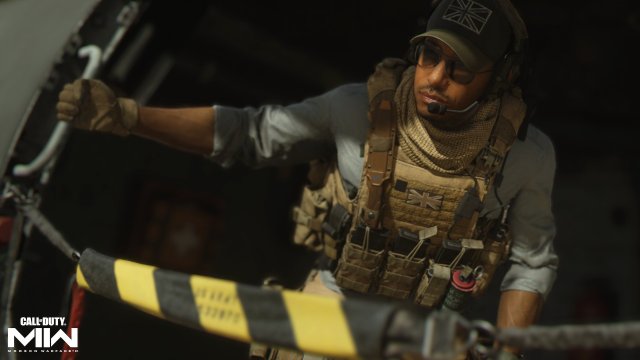 Provided by Activision Call of Duty: Modern Warfare II is scheduled to release in Oct. 28.

Call of Duty: Modern Warfare II is still a month or two away from seeing major multiplayer details officially released. That hasn’t stopped the work of data miners, though, as they’re getting into files of other Call of Duty games and discovering content seemingly coming to MWII.

Previously, miners were able to find an entire perk list in the files of Warzone Mobile. Now, the miner who first found that perk list has also discovered a list of three Field Upgrades that will likely appear in Modern Warfare II multiplayer.

One of the Field Upgrades was already teased by insiders and even by Activision themselves. However, the rest are new and haven’t been seen or heard of before.

Field Upgrades have been a mainstay in the franchise since Modern Warfare 2019 introduced them in their current form. Essentially, they’re a piece of equipment that players must recharge after they use it once. There’s usually a perk to increase Field Upgrade recharge time, which also looks to be returning in MWII.

Below, fans can see the newly leaked Field Upgrades that are apparently planned for Modern Warfare II.

The data miner who was able to find the strings of code for these Field Upgrades is @r3al1tyuk on Twitter. They are famous within the community for finding new information through game files. This time, they got their hands on a few possible Field Upgrades and their descriptions.

The Tactical Camera was previously leaked by insiders, but Battle Rage and Radiation Blocker are new to the community. Radiation Blocker had no description, but Battle Rage does, and it seems vastly overpowered. The user can restore health quicker, resist any Flash, Stun Grenade, etc. and seemingly gives players an infinite Tactical Sprint. Of course, Field Upgrades run out once their timer is up, but as of right now, Battle Rage looks to be extremely strong.

Leaks should continue to roll in for Modern Warfare II until Activision decides to reveal more details later this summer.