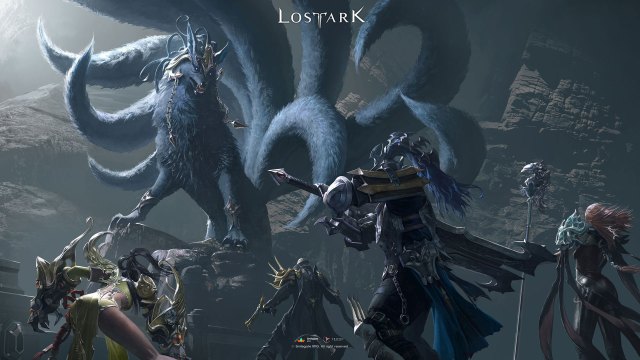 Smilegate prides on well-designed end game raids where players must cooperate with one another to overcome formidable challenges back to back until the boss’ health points reach zero. In order to make sure that raids go as smoothly as possible, the Lost Ark community — and the entire MMORPG community in general — have a few key mannerisms that must be upheld at all times. Here are some of the most important ones to make sure that the raiding experience is enjoyable for everyone involved.

Don’t be a cheapskate with items

While it is understandable to optimize the amount of gold you spend per encounter, it is considered bad-manners to do so in many PvE contents. Saving health potions in encounters where there are finite or no revives will make other players’ experiences harder than it is needed; saving utility items can make certain mechanics impossible as well. This behavior is extremely common in the community, and it is despised enough by Korean Lost Ark players that some have even been banned for it.

Understand the different types of Lost Ark lobbies and their expectations

Primarily, there are commonly five types of lobbies for end-game raids: learning, reclear, experience, teaching and carry. I will briefly explain what the purpose of these lobbies are and the common expectations to be upheld for each type.

Learning – The primary goal of this party is to, well, learn. Clearing is a bonus, but the purpose of the party is to observe enemy boss patterns and find ways to overcome them. These lobbies are also where players are expected to be understanding and tolerant of others making mistakes and causing party-wipes. These parties also take a lot of time, especially for Legion Commander raids like Valtan and Vykas. Experienced players are discouraged from joining these lobbies, since clearing these encounters too quickly might prevent others from getting more practice.

Reclear – These lobbies are for players who have cleared the raid at least once. While the primary goal of the party is to clear the raid, the players should not be expected to make no mistakes. Making too many mistakes on the same mechanic will eventually result in being banned.

Carry – These lobbies are unique in a way where joining players are not expected to do anything. Hosts will typically be high item level characters who will clear the content for the joiners for a fee. Just remember that you must pay the hosts before they start.

Teaching – These lobbies are similar to bus lobbies with a critical difference; here, higher item level players teach mechanics to new players that are struggling to tackle them on their own in learning lobbies. When the learners feel like they have acquired enough information, the teachers are there to clear the encounter and end the content. While some ask for a fee, there are also others that will do them for free. Just remember to give any teachers all of the auction items at the end to express your gratitude.

Starting from Legion Commander raids, there are certain expectations set for players who are applying to clear the encounters. Players are expected to have at least four three-level engravings and proper distribution of key stats, like Crit, Specialization and Swiftness. Tri-port levels and gems are also critical pieces of your build that the lobby hosts will consider. Attempting to apply to these encounters without having these requirements is not only inconsiderate, but will likely result in being denied from most lobbies besides carry lobbies.

Michael "Miko" Ahn
League of Legends and Overwatch coach and tactician. I will never stop talking about movies and literature.