The man under the mask Simon “Ghost” Riley is one of the most beloved characters in the entire Call of Duty franchise despite players not seeing his face.

Ghost’s first appeared in the original Modern Warfare 2 (2009) and since then, has been an extremely popular character amongst fans. The reboot of the Modern Warfare series in 2019 saw the return of Ghost and the recent Modern Warfare 2 brought him back to the limelight. One of the distinguishing characteristics of Ghost is his mask, which is usually a skull that takes up most or all of his face. In MW2, Ghost’s face was entirely hidden by a white skull mask, which fans were hoping he would eventually take off.

As it currently stands, Ghost has never shown his face to players in any game that he’s appeared in. In the recent MW2 Campaign, Ghost took off his mask but the audience couldn’t see it. Captain Price even acknowledges this moment, saying, “Good to see you again, Simon.” Since that moment, fans were curious as to if Ghost actually has a face model under his mask.

Well, as it turns out, data miners were able to discover that Ghost’s face is fully rendered in MW2.

This revelation of seeing Ghost’s face under the mask originally came shortly after MW2 was released in October of 2022. Essentially, data miners found a rendered face model for Ghost without his mask on. Some players have chosen not to look at this because they want to keep the mystery of Ghost alive. However, many fans were too curious to not look.

If you want to see Ghost’s face in MW2, you can do so by looking at this Reddit thread. 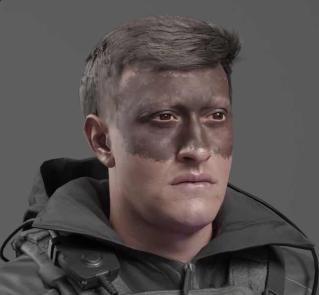 It’s unclear if the developers ever plan to do anything with this face model for Ghost. Perhaps an unmasked Ghost will appear in the future with DLC for the MW2 Campaign. For now, though, fans are left with a single face model for the character.

Related: Read about how to unlock Gaz and Klaus operator skins on Dot Esports.