The Lienna 57 is lighting up the leaderboards 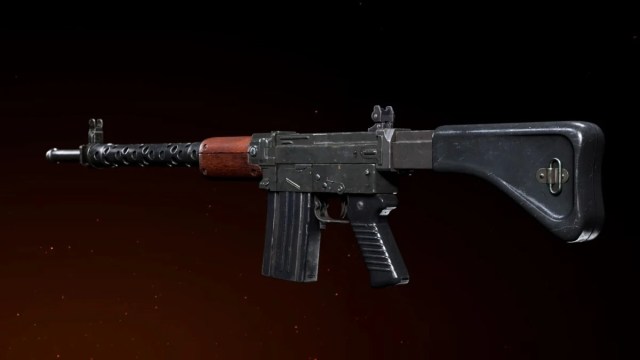 Provided by Activision The gun model for the Lienna 57 in Call of Duty: Warzone.

Unless Activision tries a fast one with the community, the Lienna 57 light machine gun will be the last weapon ever added to this current version of Call of Duty: Warzone.

The LMG was added to the battle royale in the Season 5 Reloaded update, which was also the last major update for the game. Warzone 2 is rapidly approaching, with Modern Warfare 2 coming three weeks before it, and Activision wants the community’s attention on those titles. However, for those still playing Warzone, they might want to actually try out the Lienna 57. As of right now, it has the highest win percentage of any gun in the game.

The Lienna 57 was somewhat forgotten by players, as it was mostly silently added in Season 5 Reloaded. This led to the LMG having an abysmal pick rate right out of the gate, which is extremely rare for a new weapon. However, those that did use the gun found immediate success with it.

At the time of writing, the Lienna has a win rate of 4.4%, according to WZRanked.com. This is the highest win rate of any actual gun, with the Combat Shield having the highest win percentage. The LMG currently beats meta guns like the Armaguerra 43, Cooper Carbine, and Grau 5.56 It also has a kill/death ratio of 1.17, which means that players are thriving with it.

If players want to test out the Lienna 57 for themselves, they can use the gun’s best loadout in Warzone.

It remains to be seen whether or not the Lienna 57 will receive any more attention from fans leading up to Warzone 2. With its numbers, though, you can certainly argue that the LMG deserves to be in some more loadouts.