A new duelist and coach round out The Guard 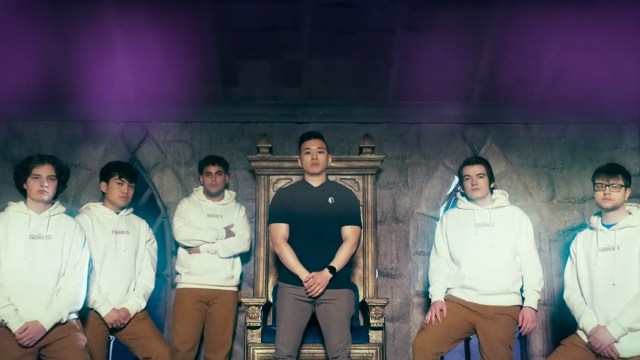 Provided by The Guard. The Guard's 2023 roster for VALORANT.

As another team locked into Ascension for VALORANT Champions Tour 2023, The Guard have revealed their roster for the new season.

To start, a lot of players are coming back to The Guard after a ground-breaking start to their VCT 2022 season. But, with one key departure from their roster and another in coaching, they have two familiar additions to the team. Two former NRG opponents now join The Guard in their goal for promotion into the Americas league.

Tex and JoshRT join The Guard

The current The Guard roster for 2023 is as follows:

Alongside this new roster comes a new head coach: Josh “JoshRT” Lee. JoshRT and tex replace two key members from The Guard’s 2022 roster, coach Matthew “mCe” Elmore and duelist Ha “Sayaplayer” Jung-woo. With NRG’s consistency throughout 2021 and 2022, these two pickups should fit into the focus of The Guard well.

With how flexible players like trent and JonahP are, a pure duelist like tex fits into the roster well. With the same coaching that led to the same good regional performances that NRG sported, The Guard is looking like another contender for promotion.

The future roster of The Guard in 2023

As much as 2022 was a great debut season for The Guard, they peaked early on in the season and almost got to Champions off of a great Last Chance Qualifier run. Asides from winning their region in Stage 1, they had a mediocre season but proved their talent as a rookie squad. The biggest question mark now is: how much of that success was off of their coaching and the peaks of Sayaplayer?

Trent came in and proved himself to be another potential carry on the roster, and JonahP proved himself as one of the most flexible players in the league. Now, with tex replacing Sayaplayer and JoshRT replacing mCe, they’ll have to work together well and fast to replace their success from 2022.

However, a lot of the key members of the team remain, so cohesion might be easier than expected. So, we’ll have to wait and see how this 2023 season ends up for The Guard.