The Division 2 Dark Zones and other multiplayer details unveiled

The Division 2 Dark Zones and other multiplayer details unveiled 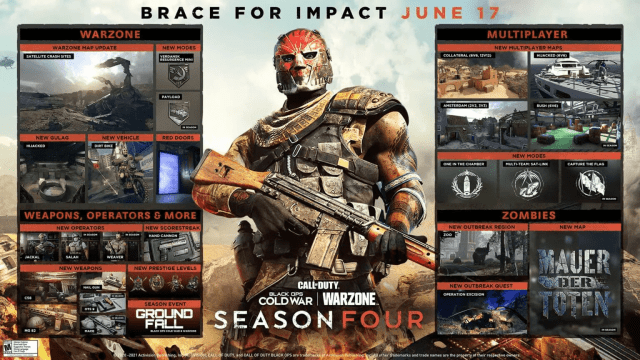 The Division 2 is nearing launch with a private beta leading the charge Feb. 7-11. The private beta is easily accessible, though. All you need to do is pre-order the game at some point before Feb. 7.

So, what can we expect from the open-world RPG shooter from a multiplayer perspective? Well, Ubisoft covered that for us today with a look at the returning Dark Zones and other organized PvP content. Check out the video below and we’ll unpack this.

For starters, there will now be three, count ’em, three Dark Zones! Dark Zone East, West, and South will all contain different layouts, landscapes, and features. If you recall from the first game, the Dark Zone was the PvP element of the game where players could enter to engage in certain missions or activities to score gear. However, other players within the zone couldn’t be trusted as anyone can be hostile or go rogue in a bid to secure all of the loot for themselves. For friends entering the Dark Zone together, it was a test of your friendship’s might as even your own squadmates could put a bullet in your back for selfish reasons or simply to troll you.

In The Division 2, 12 players will be able to share each of the Dark Zones at any given time. Enemy AI will also be in the mix as players can secure high-value loot by clearing specific locations, eliminating enemy factions, and grabbing supply drops. Players who have decided to walk the rough and tumble path of the rogue agent can now lockpick supplies, steal contaminated gear from other players, and hack SHD terminals for valuable items. Additionally, there are three levels associated with rogue agents. The simple “Rogue” is one who has engaged in “non-lethal anti-agent activity.” The “Disavowed Rogue” is violently hostile. And the “Manhunt Status” sets a rogue as the highest-priority target within the Dark Zone.

In the original game, the Dark Zone was very dynamic in terms of activities. Most of the time it turned into squads of players just eliminating other squads. It’s refreshing to see a bit of variation coming our way with the different Rogue actions and tiers as well as the promised variety of Dark Zone objectives.

The Division 2‘s new Conflict mode pits two teams of four against each other. Domination and Skirmish modes are in the Conflict rotation. This mode will come with maps outside of what has been created for the primary game as well as its own progression system. Domination is the standard fare of capturing three target areas to score the most points. Skirmish requires teams to eliminate the opposing team and all of its incoming reinforcements in order to claim victory.

The announcement promises new maps and modes to come in the future. But for now, this is a pretty nice start to bolstering PvP gameplay within the franchise. As Destiny and other Tom Clancy games like Ghost Recon: Wildlands have proved, players love having the option to break away from the main grind to just battle it out with a few other players. What are your thoughts on these modifications to The Division format in the upcoming sequel? We’d like to hear all about it in the comments below!