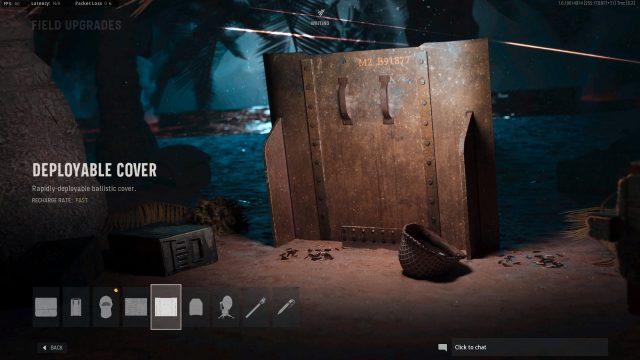 Provided by Activision The Deployable Cover in Call of Duty: Vanguard.

Call of Duty: Vanguard features several ways for players to customize their loadouts to their liking. One of the choices that players can make on this front is in the Field Upgrade section. Field Upgrades are rechargeable items that players can use to gain an advantage in-game. However, one of the upgrades, the Deployable Cover, is actually breaking the way Vanguard works.

One of the first exploits that players discovered with the Deployable Cover is using it on Das Haus. The map allows players to use the cover to see over a wall and gain a sightline that isn’t accessible otherwise. This was taken up a notch on other maps, though, as players discovered that the cover can be used as an elevator of sorts. Members of the community showcased the glitch that allows players to float into the sky on several maps by simply using the Deployable Cover.

The Deployable Cover glitch in Vanguard

The glitch works by putting down a Deployable Cover near a wall or other surface. Then, through maneuvering the space between the wall and the Deployable Cover, players can ascend up into the sky as they were in an elevator. This is done by using the blind fire mechanic and continually pressing the crouch button at the same time. Players will continue to rise in the fake elevator as long as they keep using the blind fire mechanic. Once they stop using the mechanic, they’ll descend back down to the map.

One Twitter user has been posting the glitch on different maps over the past few days.

Another spot on Das Haus such a good spot can hit to mid or other spawn if high enough pic.twitter.com/GSUfdAYDGk

The glitch is currently usable on several maps in Vanguard, including Castle, Demyansk, Das Haus, Numa Numa and more. It’s clear that this is a bug that Sledgehammer Games needs to patch as soon as possible. However, the timeline for the developers to patch the glitch is currently unknown. They’re working on other fixes at the moment, with the Search and Destroy defuse glitch at the top of the list.

Players are discouraged from attempting this glitch in Vanguard, as they could be reported for cheating by other players in the same match.