The biggest storylines going into the Ludwig Smash Invitational - Upcomer

The biggest storylines going into the Ludwig Smash Invitational

The most important stop on the race to No. 1 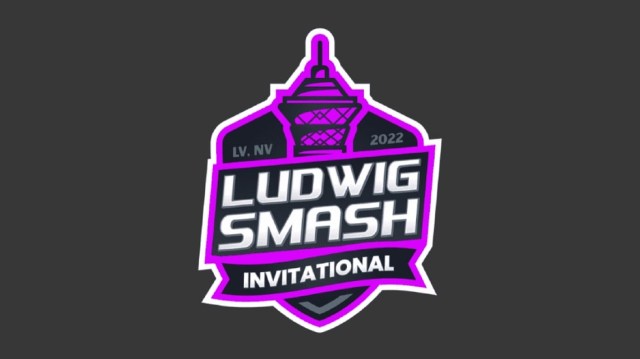 Provided by start.gg This event will feature an unprecedented concentration of top-level talent in both Melee and Ultimate.

This weekend, the most famous person to come out of the competitive Super Smash Bros. community will host the most stacked Smash tournament of all time in Las Vegas, Nevada. In typical Ludwig Ahgren fashion, the Ludwig Smash Invitational will rank in the top 10 of the largest prize pools for both featured games.

At this tournament, 24 of the best Melee and Ultimate players will compete for the lion’s share of a $30,002 prize pool, along with the eight top players who will join them from each game’s last chance qualifier. Here are some of the biggest storylines to watch out for at the Ludwig Smash Invitational.

THE BIGGEST SMASH INVITATIONAL OF ALL TIME

OCTOBER 21-23 ON MY CHANNEL pic.twitter.com/Dt6mRkQVsZ

The title of best Melee player in the world currently seems less secure than it has ever been. A victory at the Ludwig Smash Invitational could very well be the determining factor for who gets the No. 1 spot on the year-end rankings. For much of this year, Zain “Zain” Naghmi, Cody “iBDW” Schwab and Juan “Hungrybox” DeBiedma have been the frontrunners for the top spot.

However, thanks to Masaya “aMSa” Chikamoto’s historic win at The Big House 10 and Joseph “Mang0” Marquez’s impressive consistency in the second half of the year, these players have recently entered the running for the first time all year. Of course, the race for No. 1 could be complicated even further if William “Leffen” Hjelte or Justin “Wizzrobe” Hallett wins in Vegas. While both of these players could plausibly win the event, they have both been inactive enough that a No. 1 placement on the year-end rankings is unlikely.

And then there’s Jake “Jmook” DiRado, whose consistency is unrivaled among top-level players. Even so, he still has yet to win a major this year. His apparent inability to close out tournaments is the main thing keeping him out of the best player conversation (along with his brutal 1-7 record against Hungrybox). However, a first-place finish at the hardest Melee tournament to date could skyrocket Jmook to the top of the rankings.

Similarly, the No. 1 spot feels like a bit of a toss-up for the first time in Ultimate’s history. Following underperformances at Super Smash Con 2022 and Smash Ultimate Summit 5, Leonardo “MkLeo” López Pérez faces stiff competition from Paris “Light” Ramirez, who hasn’t placed lower than third all season. This problem could be exacerbated for MkLeo since he may have to drop out of the Ludwig Smash Invitational due to hearing difficulties.

Of course, another player to watch will be Mashita “acola” Hayato, who still has yet to play MkLeo in bracket. Despite an underperformance at Ultimate Summit 5, acola recently earned another major victory at Maesuma TOP 10. In the process, he bested Japanese powerhouses like Hero, Yoshidora and Miya.

Meanwhile, Angel “Onin” Mireles could also look to challenge acola. The two have similar peaks; a face-off between them could be a battle for the title of best Steve player in the world. Just as well, both players could look to make a case for themselves as the best player in the world overall by winning this event.