Fire away with this full-auto secondary 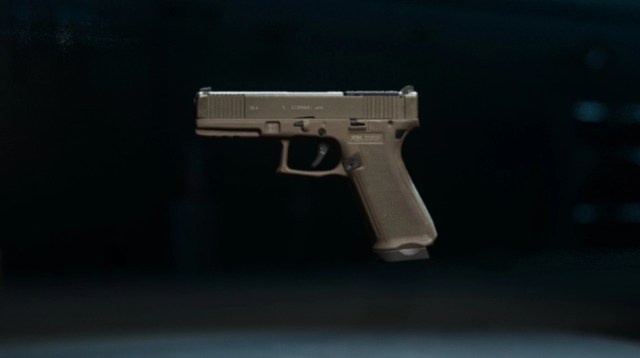 Provided by Activision The gun model for the X13 Auto in Call of Duty: Warzone 2.

In the current meta of Call of Duty: Warzone 2, pistols are not the most popular weapon on players’ loadouts. There are much stronger submachine guns that players can use that virtually make pistols negligible. However, there is one exception to that rule, and that’s the X13 Auto. The X13 Auto is a fully-automatic secondary pistol that can be absolutely lethal if players equip the right loadout in Warzone 2.

As some players might have guessed, the main attachment on the X13 Auto’s loadout is Akimbo. This lets players take another pistol in their off-hand, giving them two pistols at the same time. This type of loadout was extremely popular in the original Warzone, with pistols like the Sykov taking over the meta at different times. While the X13 Auto isn’t as overpowered as its predecessors, its Akimbo loadout is deadly at close range in Warzone 2. Players can make the X13 Auto even stronger with Akimbo and several other key attachments.

To see the full loadout for the X13 Auto in Warzone 2, keep reading below.

Since players will be using the X13 Auto in Akimbo, they won’t be able to aim down sights. This means mobility attachments that increase ADS and sprint-to-fire are essentially useless. What this means is we can equip the X13 Auto with attachments to boost other stats, like damage range, fire rate, and hip-fire accuracy.

The first two attachments on this loadout help the X13 Auto be more accurate by increasing recoil smoothness. Damage range is also slightly increased by using these attachments. The 1mW Pistol Laser gives players improved hip-fire accuracy and lets them see where they’re firing with each pistol. Finally, the 50-Round Mag will allow players to mow down enemies without having to reload. This does reduce overall mobility, but the trade-off is worth it if players can outlast their enemies in a gunfight with a larger magazine.