Now the best pistol in Warzone 2 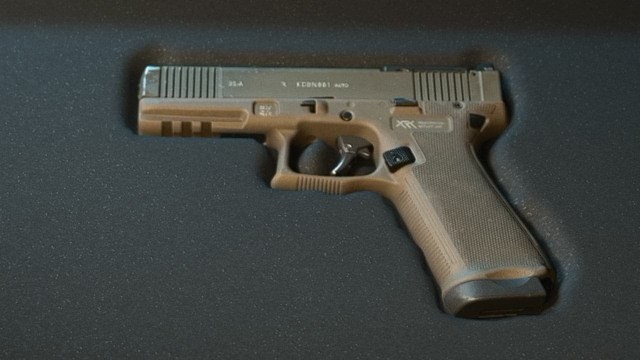 Provided by Activision The gun model for the X13 Auto in Call of Duty: Warzone 2.

Prior to Season 1 Reloaded in Call of Duty: Warzone 2, there were three pistols that could be considered in the meta. The P890, X12, and X13 Auto were all strong options for a player’s secondary weapon, as all had terrific Akimbo loadouts. This made it possible for players to run another Perk Package aside from the one that contains Overkill.

However, in Season 1 Reloaded, almost every single pistol was nerfed, but only in their Akimbo form. The lone exception was the X13 Auto, which now has arguably the best Akimbo pistol loadout in Warzone 2.

The nerf that affected every pistol but the X13 Auto was the same. The P890, X12, Basilisk, and .50 GS all had their armor damage reduced when in Akimbo, meaning players won’t do as much damage against armored opponents. This was a real blow to the pistol category, as it’s rare to come up on an enemy who doesn’t have some kind of armor equipped.

However, for whatever reason, the Akimbo X13 Auto was not affected, giving it a stronger overall loadout in Warzone 2.

Pretty much the only effective way to use a pistol in Warzone 2 is in Akimbo. This gives players two weapons to put in their hands, doubling their firepower but limiting their range. The X13 Auto’s Akimbo loadout was already strong before, but now it looks even better with every other pistol being nerfed.

Players see an increase to their damage range, bullet velocity, and recoil control with this loadout. The loadout also gives the X13 Auto 50 bullets per magazine and better hip-fire accuracy, all while being in Akimbo.