Put your fully-auto pistol to work 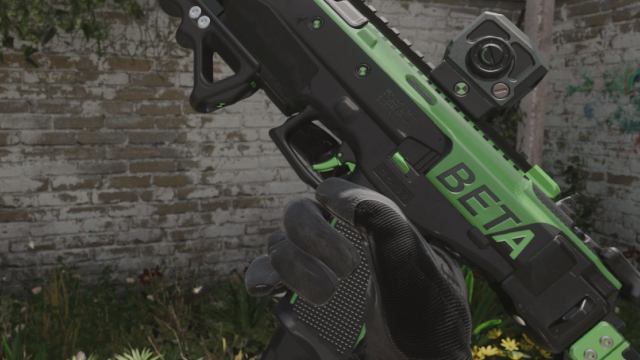 Provided by Activision The gun model for the X13 Auto in Call of Duty: Modern Warfare 2.

There are five pistols currently in Call of Duty: Modern Warfare 2, but only one of them is fully automatic. That would be the accurately-named X13 Auto, which is a fancy incarnation of the G18 from the original MW2.

Our loadout for the X13 Auto won’t feature the Akimbo attachment, however. We have a separate guide for that. This guide’s loadout for the X13 Auto will be tailored toward its single-weapon form, meaning the attachments are more varied. Don’t worry, though, as this loadout can still shred through an enemy team and is especially useful for players who simply need a strong secondary to swap to when they’re in a pinch.

The X13 Auto has terrific mobility, recoil control, and fire rate for a fully-auto pistol. Where it lacks is damage range — it can sometimes take five-six bullets to take out an enemy. With our loadout, though, players won’t have those problems anymore.

Players can a huge buff to their damage with the Hollow Point ammunition and the FT Steel Fire barrel. They can also fire the weapon for multiple seconds using the 50 Round Drum, essentially turning the X13 Auto into a pocket LMG.