The best way to level up guns in Modern Warfare 2

The best way to level up guns in Modern Warfare 2

Speed up the leveling process by a factor of ten 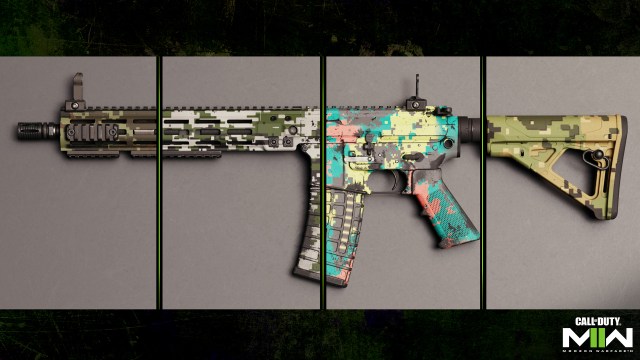 While players can simply head into a public match and get kills with their weapon of choice, there is a concrete way to speed up the leveling process.

This method won’t be for everyone, but it’s proven to work. As players found out almost immediately as Modern Warfare 2 launched, the Invasion game mode is the best way to level up guns. We explain why this is and how to take advantage of Invasion in the guide below.

For players unaware, the Invasion game mode in MW2 is essentially Ground War but with Team Deathmatch instead of Domination. There’s also A.I. that litter the map, which is the most important aspect of using Invasion to level weapons.

As of right now, the A.I. count as a normal kill for weapon level XP. This means that players can farm these A.I. enemies and earn the same amount of XP as they would by killing regular players. On every Invasion map, the enemy A.I. will drop from helicopters throughout the course of a match. On the ground, they’ll run everywhere and can usually be killed with one or two shots.

However, as the match goes on, the A.I. gets stronger. They’ll begin to be equipped with helmets and armor, which make them harder to kill. If players truly want to speed up the weapon leveling process, they’ll leave their current match before the A.I. gets to this level. Then, players can re-queue and keep farming the easy version of the A.I. in another match. This will expedite the weapon leveling process by a significant amount.

According to community members, this method can max level a weapon in one-two hours. That time is sped up even more if players have a Double Weapon XP Token.

So, to sum up, players can hop into Invasion, kill as many A.I. as possible, and then leave the match once the A.I. gets armor. Then, players can repeat the process to level up as fast as possible.