The best Volk loadout in Call of Duty: Vanguard

The best Volk loadout in Call of Duty: Vanguard

An underwhelming assault rifle in multiplayer 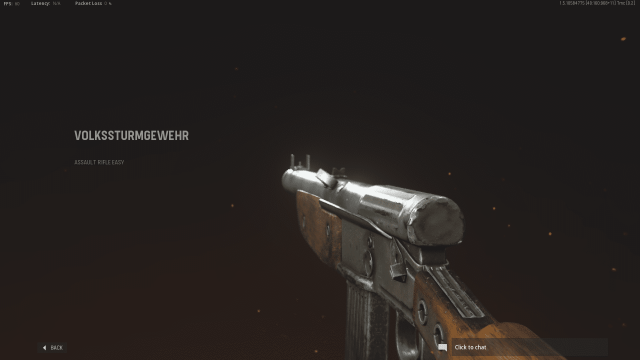 Provided by Activision The gun model for the Volk in Vanguard.

At Level 55, players unlock The Volk, their final weapon in the base version of Call of Duty: Vanguard. Officially named the Volkssturmgewehr, players have shortened it to the Volk for obvious reasons. It’s also what the gun went by in Call of Duty: WWII, where it was one of the best assault rifles. Players were intrigued to see whether that would be the case for the weapon in Vanguard as well, but it doesn’t appear so. The Volk is mid-tier AR that needs a stacked loadout to even be usable in Vanguard multiplayer.

Starting off with horrible recoil control, the Volk is best served as a close-range weapon most of the time. There are certain attachments players can put on the Volk to make it serviceable at long-range but it will still be outclassed by the likes of the STG44 and Automaton. This means players need to focus on making it a better weapon at medium-range with its recommended loadout.

The main focus of the Volk’s loadout in Vanguard is to increase recoil control. Its damage and mobility are both great for an assault rifle already, so players don’t need to worry too much about those stats.

Kicking off the loadout is the F8 Stabilizer, Krausnick 428MM 05V barrel and M1941 Hand Stop to increase the Volk’s recoil control by a significant amount. The F8 Stabilizer and barrel also boost damage range slightly. The recoil control is brought down significantly by the .30 Russian Short 45 Round Drums but the added damage range and bullet velocity are too much of a bonus to not use.

Players will want to keep gunfights at medium-range to avoid running into any issues with the recoil. If players do that, they’ll find the Volk kills fairly quickly and has a manageable recoil in short bursts.