The best VEL 46 loadout in Warzone 2

The best VEL 46 loadout in Warzone 2

One of the best SMG choices in Season 1 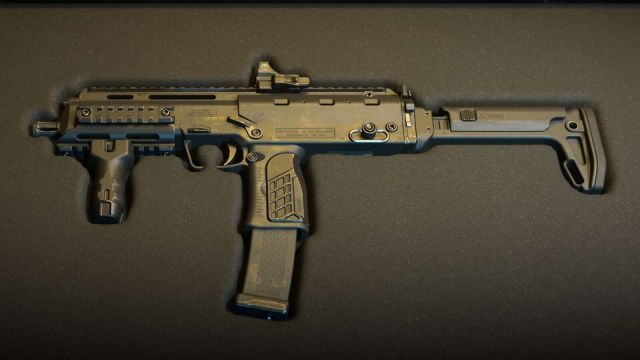 Provided by Activision The gun model for the VEL 46 in Call of Duty: Warzone 2.

The Call of Duty: Warzone 2 meta for submachine guns has mostly revolved around the Fennec 45 and its incredible rate of fire. At the moment, no other submachine gun can touch the Fennec 45’s potential time-to-kill, especially at close range, due to this fire rate. However, there are stronger SMGs than the Fennec 45 at mid-range, and one of those guns is the VEL 46. The reincarnation of the MP7, the VEL 46 has a terrific loadout in Warzone 2 that players should be aware of in Season 1.

The VEL 46 received quite a few buffs with the Season 1 update in Modern Warfare 2 and Warzone 2. This was most likely due to the fact that the VEL 46 didn’t have nearly the same damage range as the other SMGs in its class. With the new buffs, though, the VEL 46 is firing on all cylinders and players can take advantage of this in Warzone 2. To do that, they’ll need to use the best set of attachments for the VEL 46.

To see the full loadout for the VEL 46 in Warzone 2, keep reading below.

There are a couple of ways players can construct the VEL 46’s loadout in Warzone 2. They can either go with a mobility-focused set of attachments or make the VEL 46 more viable at longer ranges. It really depends on how players want to use the VEL 46; if they plan on using it with an AR, then they want a more mobile class. However, if players are relying on the SMG for most of their gunfights, they’ll want more accuracy. For our loadout, we’ve chosen to make the VEL 46 a middle ground between these two options so players have some freedom in how they use it.

This loadout has a mix of mobility and accuracy attachments. If players want more mobility, they can replace the muzzle and rear grip. However, if they want to be more accurate, they can switch out the stock and laser.